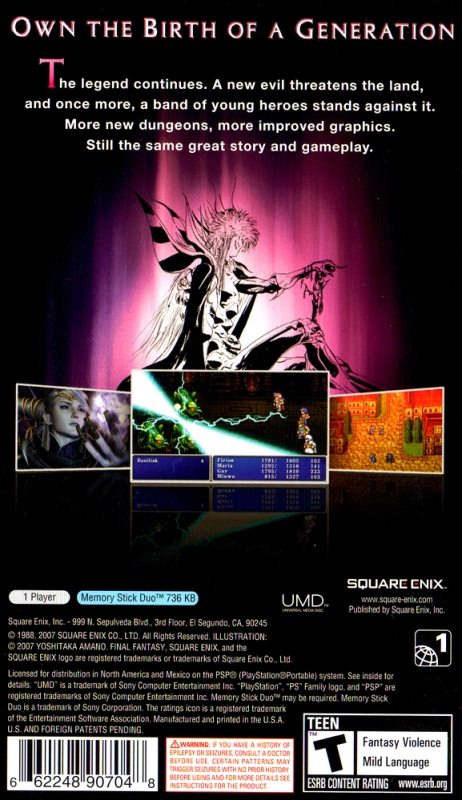 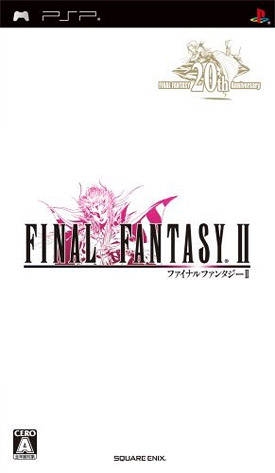 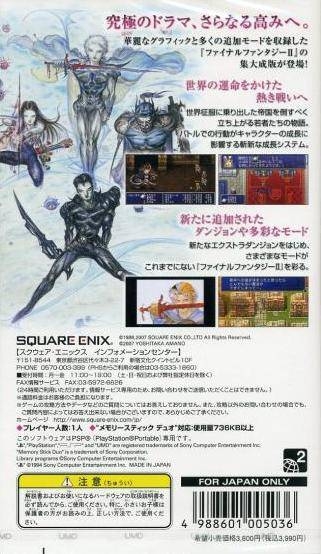 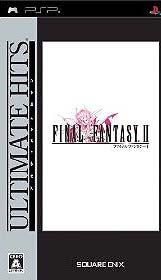 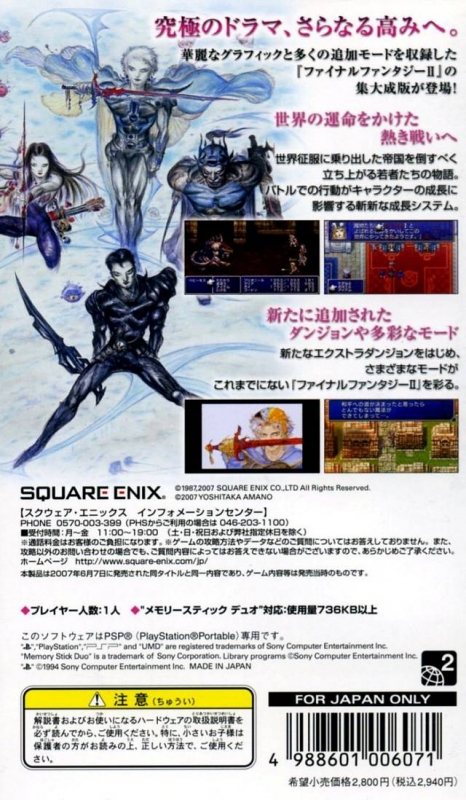 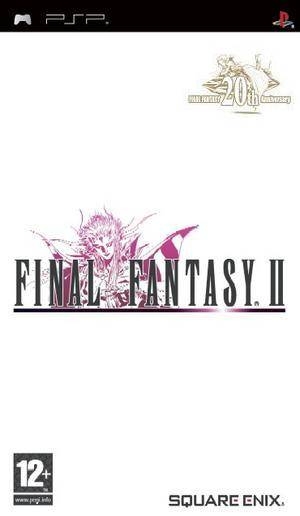 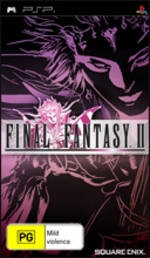 OWN THE BIRTH OF A GENERATION

The legend continues. A new evil threatens the land, and once more, a band of young heroes stands against it. More new dungeons, more improved graphics. Still the same great story and gameplay.

A long-lived peace is at an end. The emperor of Palamecia has called forth monsters from the underworld and has begun his campaign for world conquest.

A rebel army arose in the Kingdom of Fynn to thwart the emperor's plans. But the rebels' castle fell to an all-out assault by the empire. Left with little choice, the rebels withdrew to the remote town of Altair.

Four youths from Fynn also found themselves fleeing the imperial forces. They had lost their parents at the hands of the empire. But their escape wasn't over...

- From game back cover and instruction booklet.