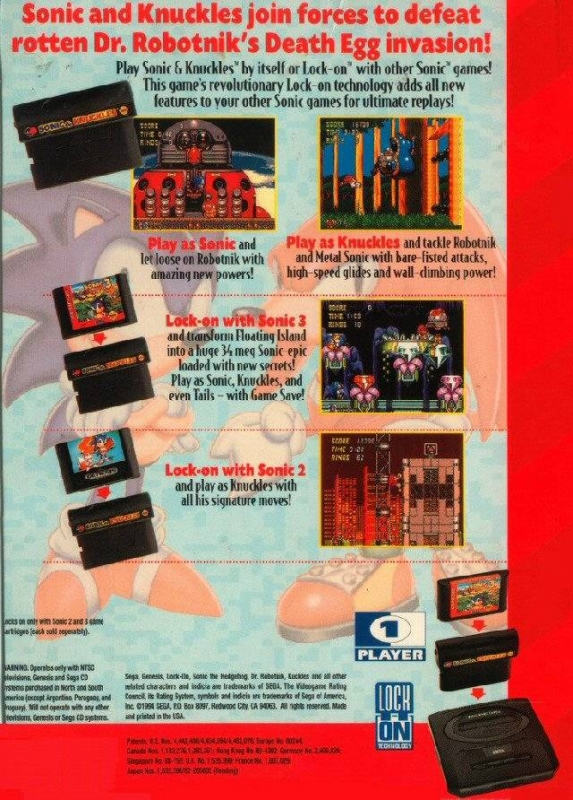 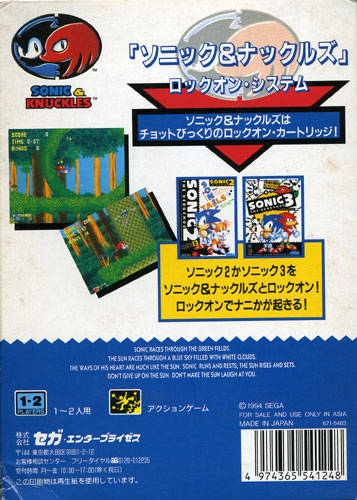 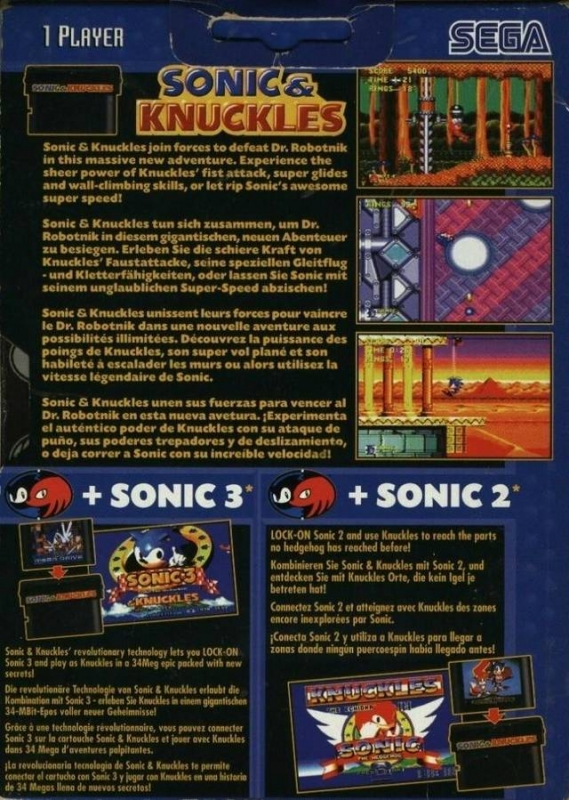 The story picks up from the ending of Sonic 3.  Dr. Robotnik's (Dr. Eggman) orbital weapon, the Death Egg, has been badly damaged in the climactic battle between himself and Sonic the Hedgehog. As the satellite falls back to Floating Island, landing in a volcanic crater, Sonic jumps off, landing in a mushroom filled woodland.

Sonic knows there are many Chaos Emeralds hidden on the island, including the powerful Master Emerald, the secret to the island's levitation powers. Worried that Robotnik may try to harness this power to fuel a repaired Death Egg, he sets off to try and destroy it once and for all, keeping an eye out for Knuckles the Echidna, still smarting from his Launch Base defeat.

Meanwhile, as Robotnik begins repairing the Death Egg, he decides that Knuckles has served his purpose, and dispatches an EggRobo, a highly autonomous robot built in his own image, to dispose of Knuckles. He assumes that if EggRobo can't destroy Knuckles, his cover as the real mastermind won't be blown, leaving the possibility that Sonic and Knuckles may fight to the death. EggRobo's first assassination attempt - Dropping a bomb on a half-asleep Knuckles - only serves to enrage the echidna, setting him on a mission to stop both Sonic, and his mystery assailant.