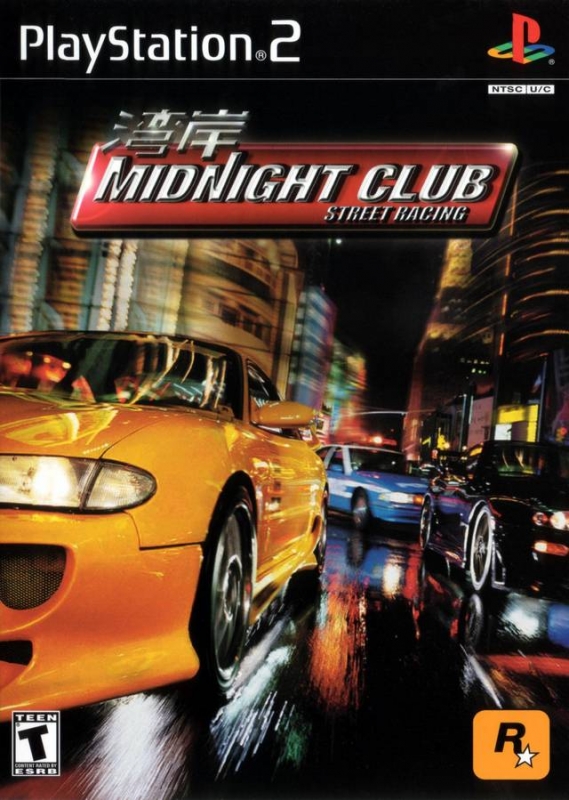 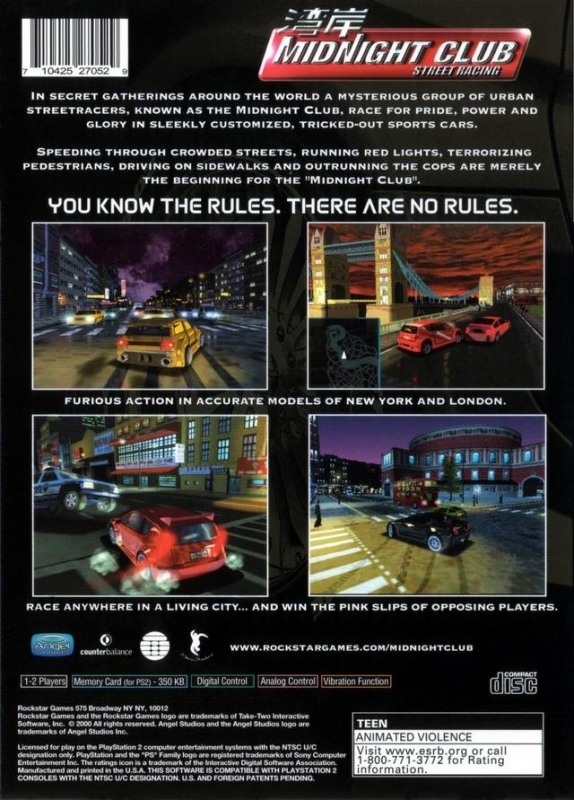 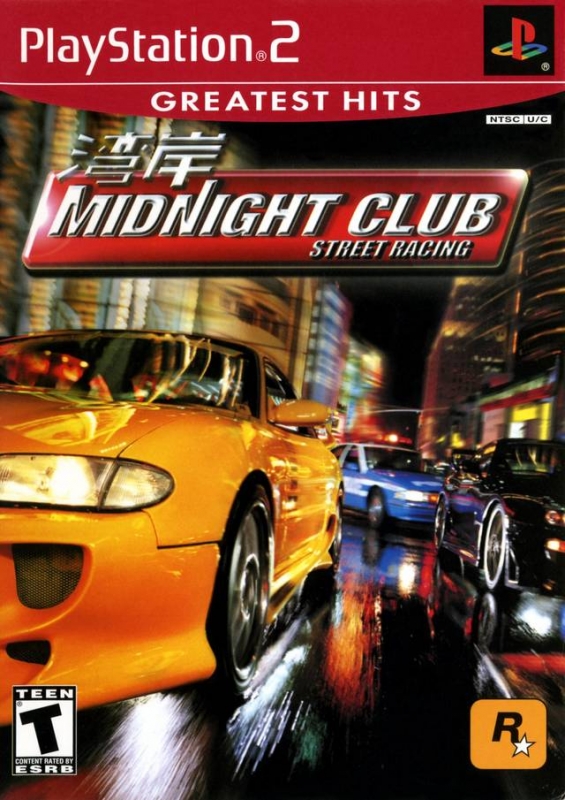 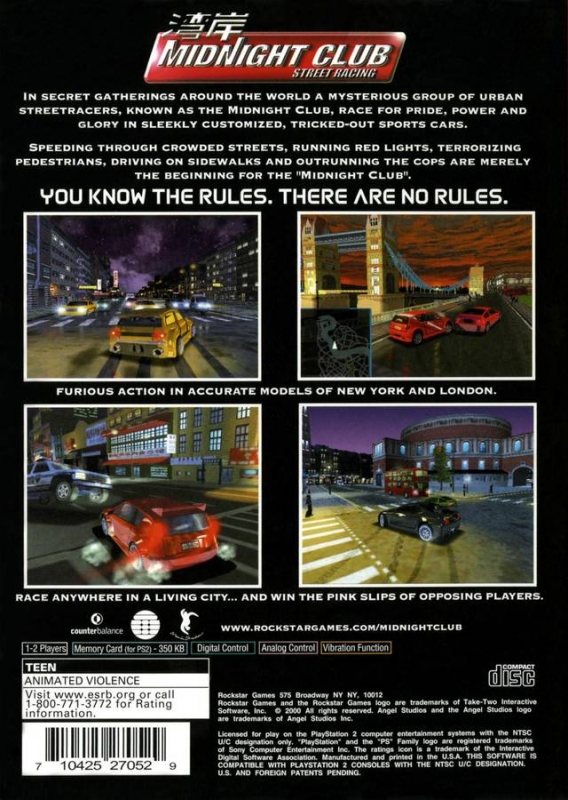 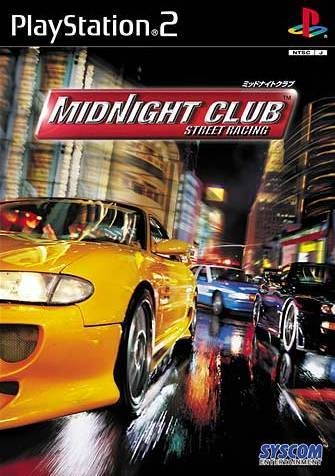 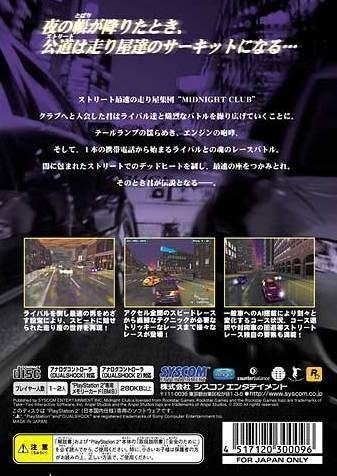 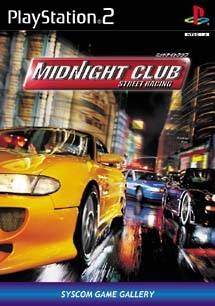 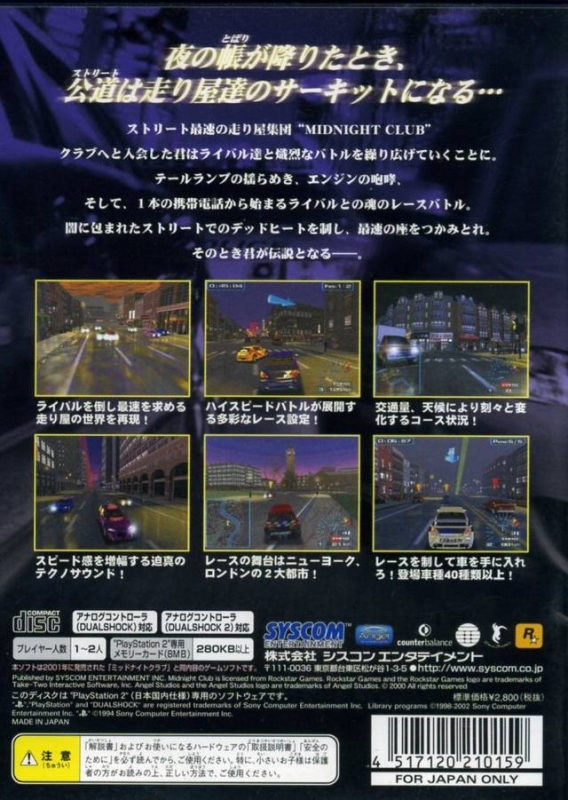 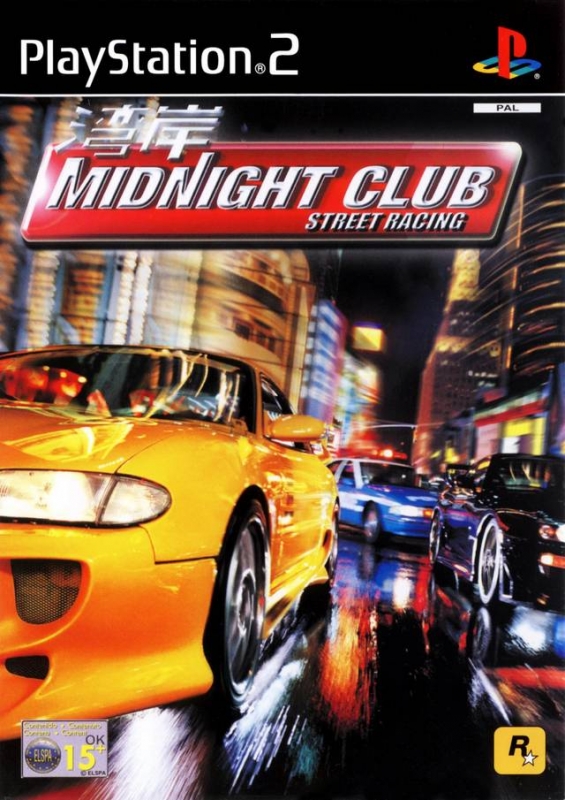 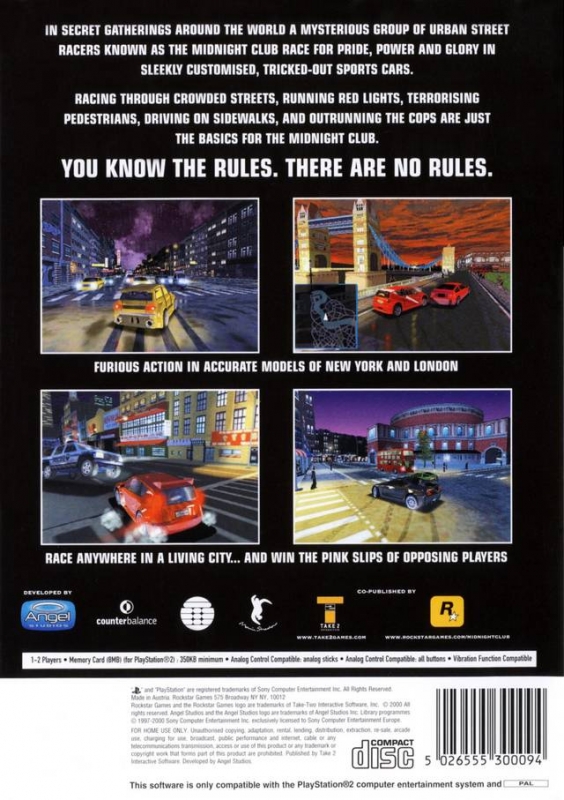 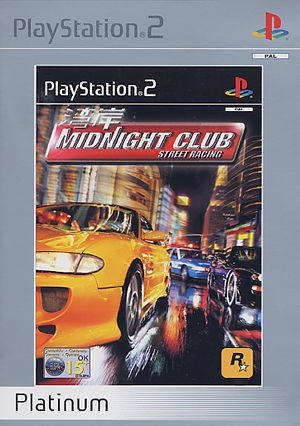 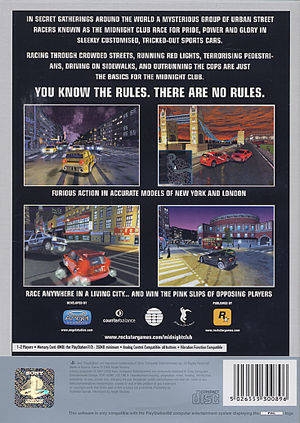 In secret gatherings around the world a mysterious group of urban street racers known as the Midnight Club race for pride, power, and glory on sleekly crowded streets. Running red lights, terrorizing pedestrians, driving on sidewalks, and outrunning the cops are just the beginning for the Midnight Club.

Rockstar lives up to its name with this rocking game cut out of Japan's underground street racing scene. Find out what the buzz is by fueling up your own system--break all the rules of the road to beat out the hoods who think their car's got something on your street-lethal ride. Fully 3D courses in New York and London are completely open to drive around and explore...but once the race is on, you'd better know your way around the city, and you'd better drive fast. The chumps on the wall are full of nitro, so get the cash for the best of the game's 17 cars (ranging from sportsters to taxis) and get ready to give this baby gas.