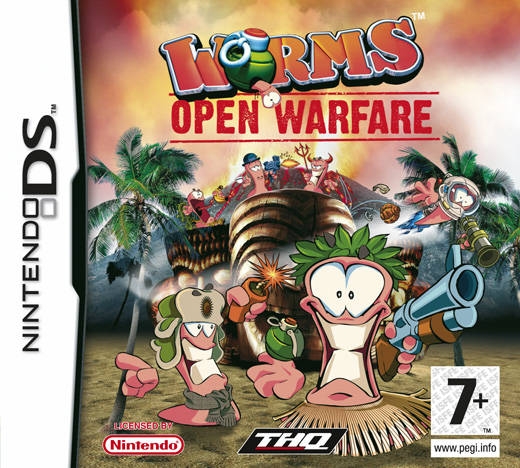 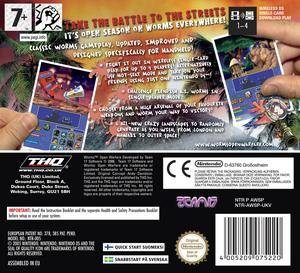 Up to 4 players can take control of a squad of 4 worms. Each worm gets a turn, cycled through the teams, to choose from an array of weapons and fire at the other worms. The better your accuracy, the more damage you do and the last team standing wins. The landscape varies from the pits of hell to alien worlds and are randomly generated each turn. Truly a classic game.

Gameplay:
Viewed from a side on perspective, in your turn you get to move your Worm around to get into a position to fire at other Worms. Depending on the settings you may have a set time limit to complete your move. Once your turn is over, another team goes and when it gets back round to your turn, you use one of your other Worms. Teams are customisable because you can change the AI of the computer teams and even change how much health each team of Worms has to compensate for the players' skill level. If a Worm falls into water/acid/fire or goes off screen (either by jumping or being blown off) then you lose the Worm regardless of how much health he had.
Features: