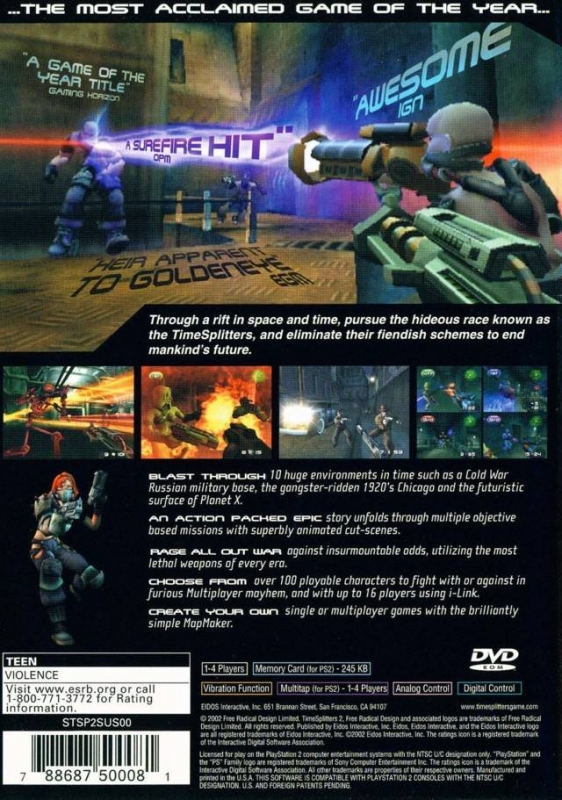 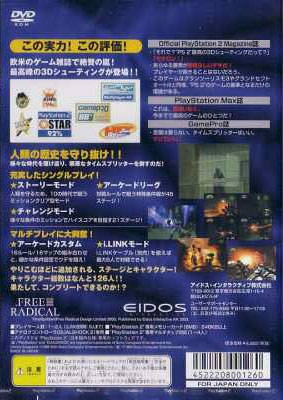 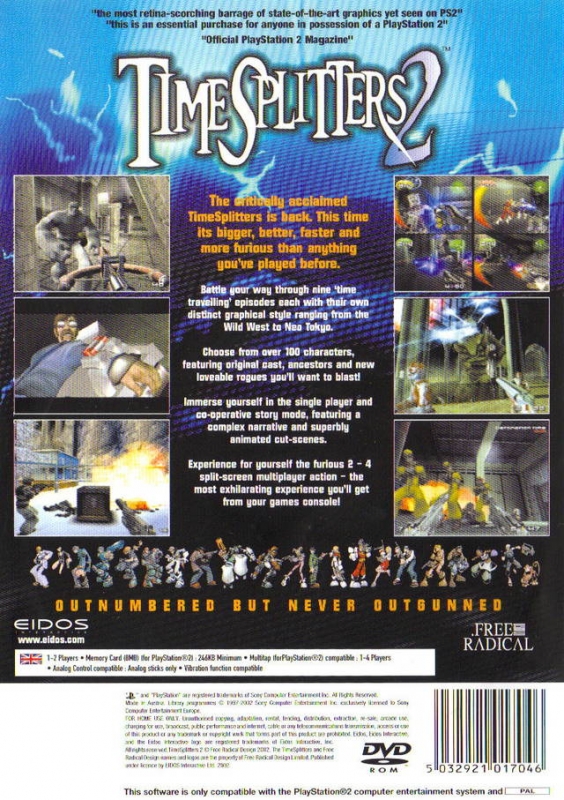 The evil race of TimeSplitters are traveling back into human history authoring events that are leading to the enslavement of mankind.

In Control of a motley crew of renegade characters you must hunt down the TimeSplitters across time in historical eras like the gangster- Ridden 1920’S, the lush jungles of Aztec temples, soviet military installations of the cold war and Futuristic robot factories in space.

To end the evil plot of the TimeSplitters, seek and recover the crystals required to seal the rift in time. The fate of humanity is in your hands.

*Delivers an involved single player and co-operative story mode, featuring a complex narrative with multiple objective-based episodes and superbly animated cut-scenes.
*The game engine has been extensively upgraded to accommodate bigger environments and special graphical effects while staying true to the distinctively smooth, break-neck paced action that TimeSplitters is known for.
*Multiplayer mayhem is back, extending carnage possibilities with link support allowing multiple consoles to be joined together.
*Blast your way through time with entirely new weapons or steroid upgrades of the original arsenal.

*The unique MapMaker has been greatly enhanced opening up even more potential to the advanced gamer looking for customizable game scenarios.