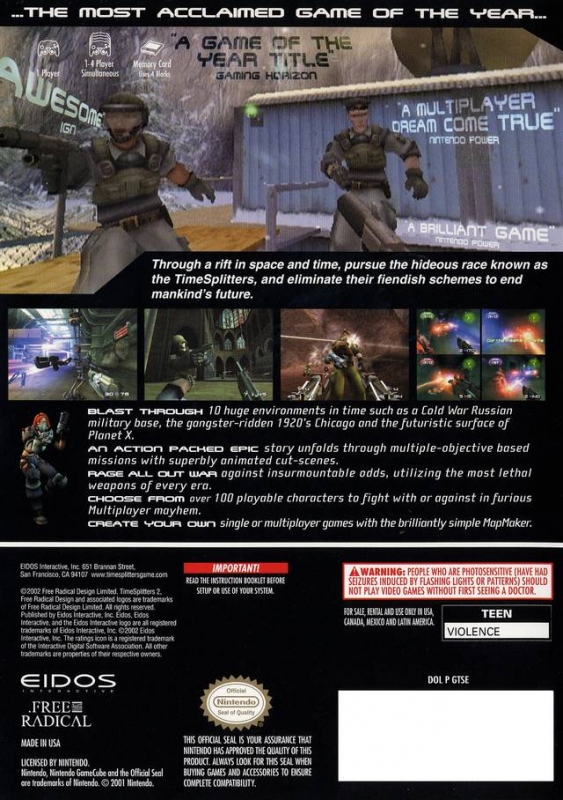 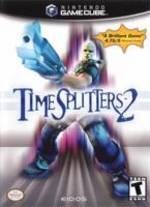 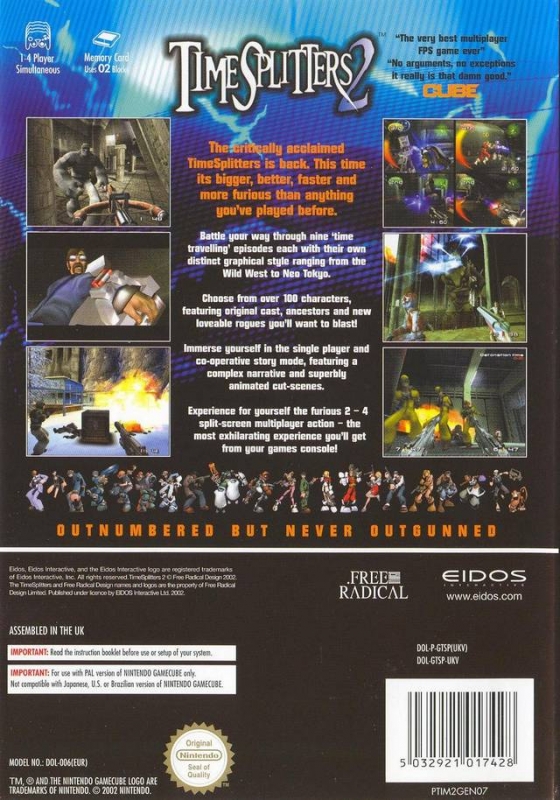 Through a rift in space and time, pursue the hideous race known as the TimeSplitters, and eliminate their fiendish schemes to end mankind's future.

- Blast through 10 huge environments in time such as a Cold War Russian military base, the gangster-ridden 1920's Chicago and the futuristic surface of Planet X.

- Rage all out war against insurmountable odds, utilizing the most lethal weapons of every era.

- Choose from over 100 playable characters to fight with or against in furious Multiplayer mayhem.

- Create your own single or multiplayer games with the brilliantly simple MapMaker.