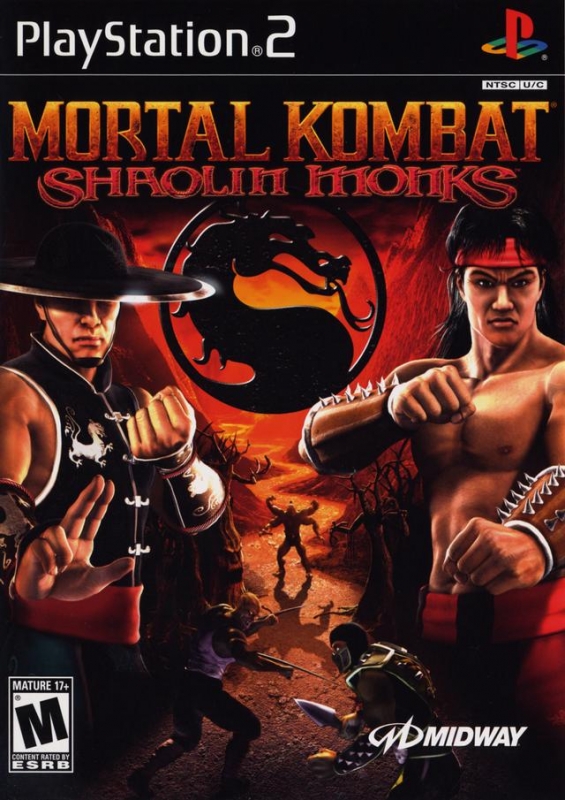 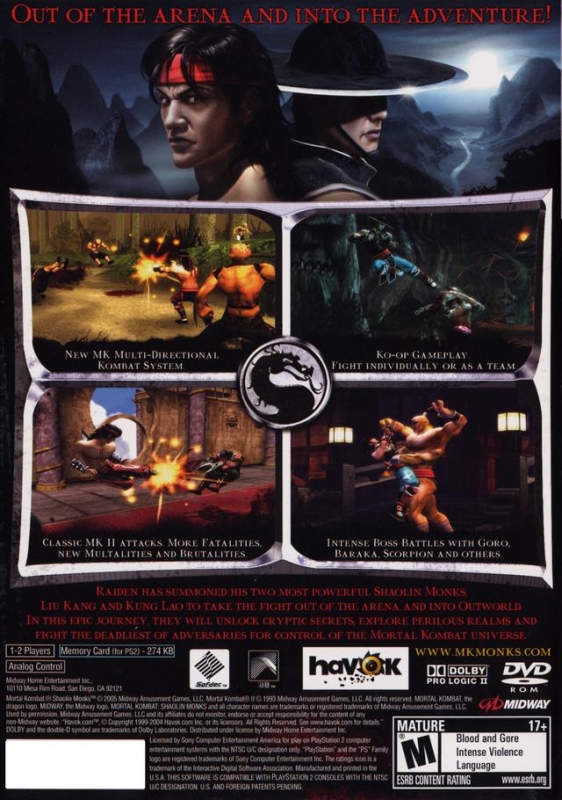 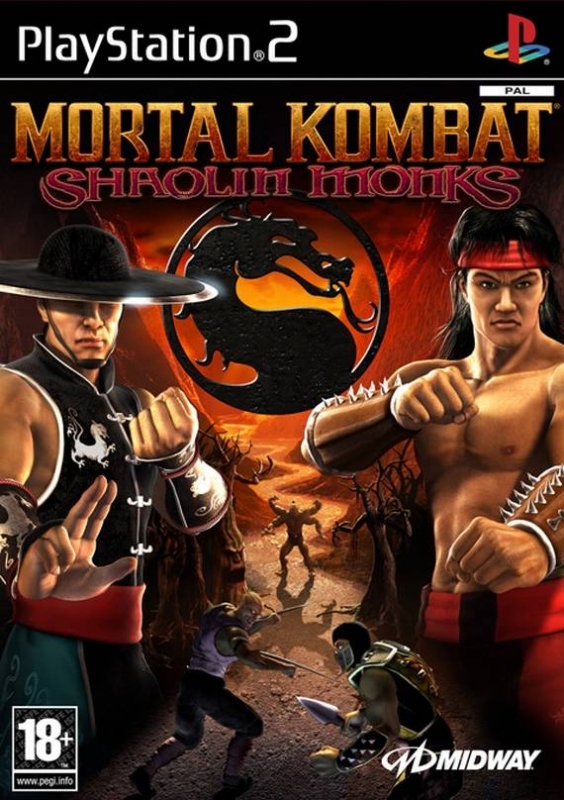 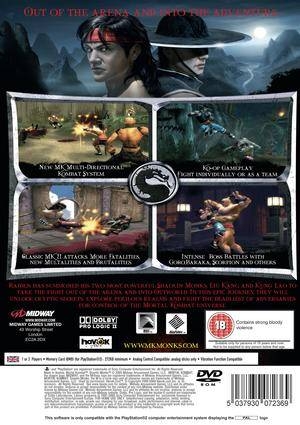 The battle raged furiously on Shang Tsung's island fortress in the Lost Sea. While the demon sorcerer watches from his throne, several fights occur: Sonya Blade vs. Kano, Johnny Cage vs. Reptile, and Sub-Zero vs. Scorpion.

The Shaolin monk Liu Kang confronts Shang Tsung and is met instead by two of his masked guards. Liu Kang defeats them and fights the sorcerer. Shang Tsung gains the advantage and proceeds to consume Liu Kang's soul but is interrupted by a disguised Kung Lao. Kung Lao throws his bladed hat at one of Baraka's henchmen, decapitating him. Baraka ducks and avoids the hat, but narrowly. Kung Lao proceeds to fight Baraka and Liu Kang continues fighting Shang Tsung. Although the sorcerer tries morphing into various fighters, Liu Kang punches him several times and finishes him with the Flying Kick, sending Shang Tsung through a pillar. Weakened, Shang Tsung tries to get up, but the room quakes.

Emerging from a hallway, Goro appears and moves in on any fighter he sees. With Goro distracting everyone else, Shang Tsung creates a portal to Outworld and retreats. He's soon followed by Baraka, Goro, Reptile, Kano, and strangely Scorpion. Raiden appears afterwards and warns the remaining fighters to get off the island palace for it's collapsing into the sea. Everyone evacuates except Liu Kang and Kung Lao who fall into Goro's Lair.

They escape back to the Wu Shi Academy but Baraka and the Tarkatan launch an attack on the Wu Shi Academy and capture Sonya. Raiden confirms that Shang Tsung is trying to lure Liu Kang and his allies to Outworld where he can order his henchmen to attack them and bide his time for power. If he's successful, Shang Tsung will conquer Earth without winning a Mortal Kombat tournament, which is cheating.

The Shaolin Monks, Liu Kang and Kung Lao, journey through the nightmarish realm of Outworld to stop the sorcerer's plot. They are guided by Raiden and assisted by Johnny Cage. Throughout their journeys, they are joined by a mysterious princess named Kitana, meet familiar foes and eventually save Sonya and stop Shang Tsung. But the sorcerer is not the only person who wants Earth; the Emperor of Outworld wants Earth for his realm and he will stop at nothing until he gets it.