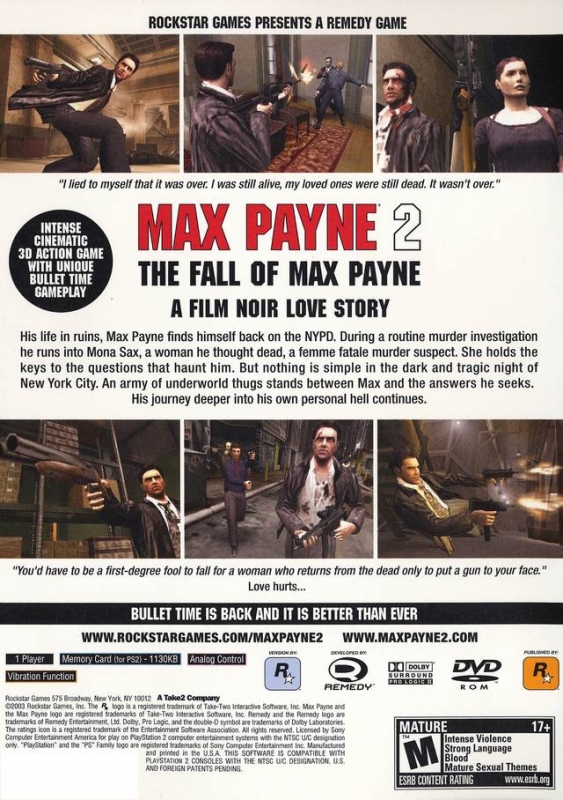 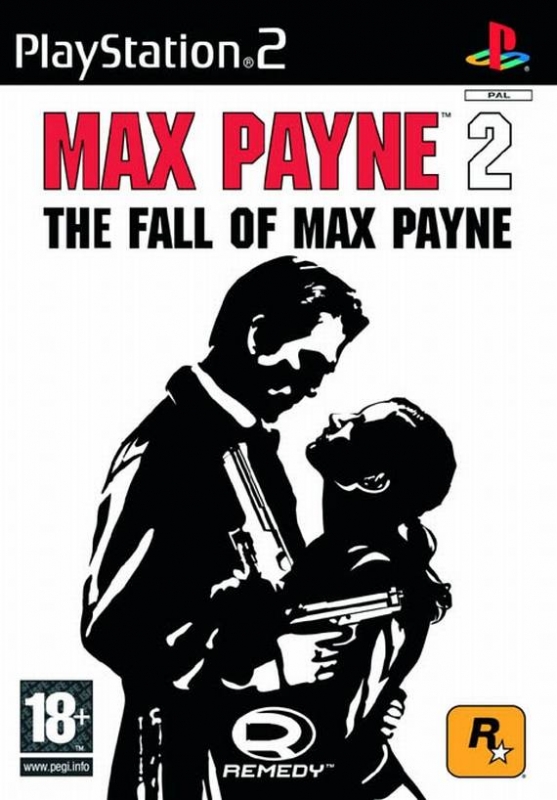 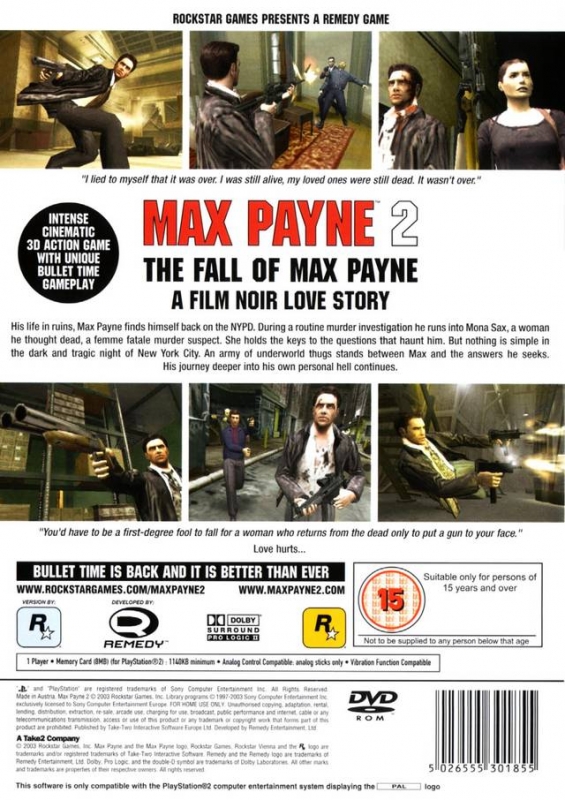 His life in ruins, Max Payne finds himself back on the NYPD. During a routine murder investigation he runs into Mona Sax, a woman he thought dead, a femme fatale murder suspect. She holds the keys to the questions that haunt him. But nothing is simple in the dark and tragic night of New York City. An army of underworld thugs stands between Max and the answers he seeks. His journey deeper into his own personal hell continues.