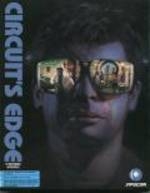 Another Murder in the Budayeen

And everybody wants to talk to me about it...

Every hustler and freak in the Budayeen, the crime ghetto of this great city. You know, my friends.

My best buddy, Lt. Hajjar of the city police, who's no better than he should be.

And Papa Friedlander Bey, the "godfather" of the Budayeen - and my most benevolent employer.

See, it was Papa who "persuaded" me to get my brain wired. So now, with these little plugs sticking out of my skull, I can pop in personality modules ("moddies") that let me be someone else. And software add-ons ("daddies") that give me knowledge of what I need to know.

Except maybe who's leaving fresh corpses all over the Budayeen. And who's trying to make me the next one...