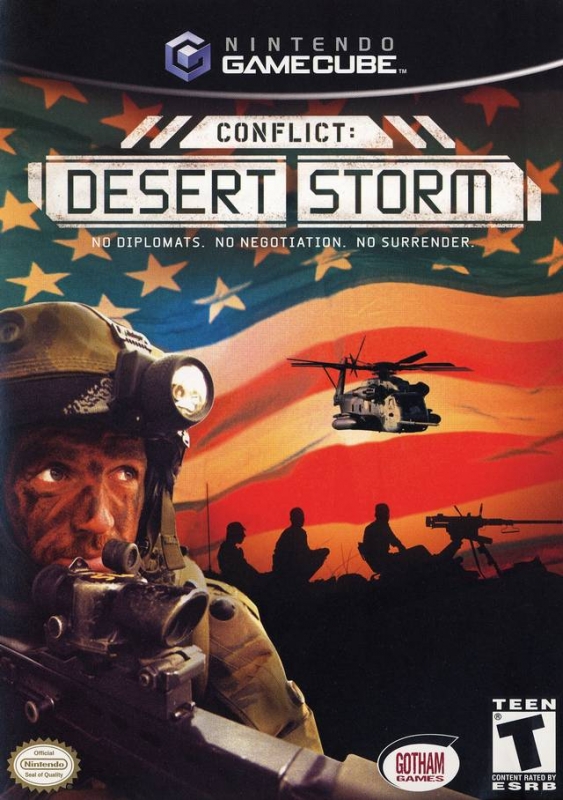 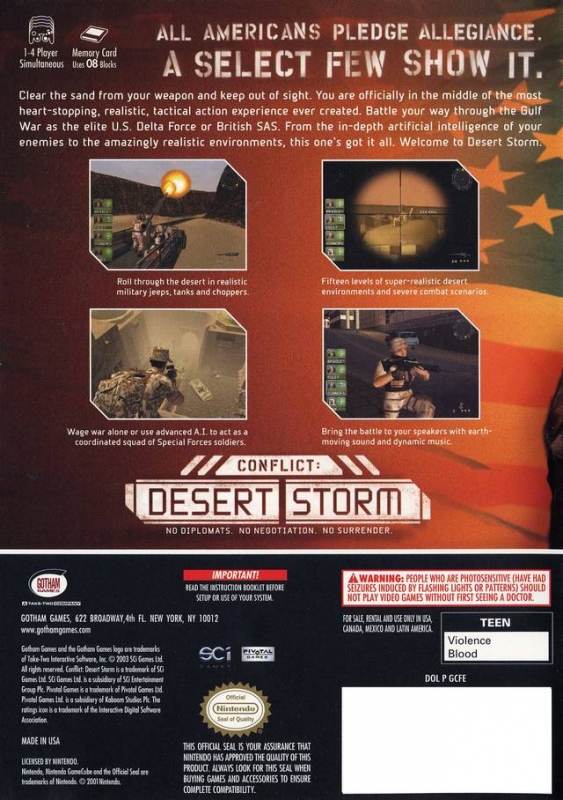 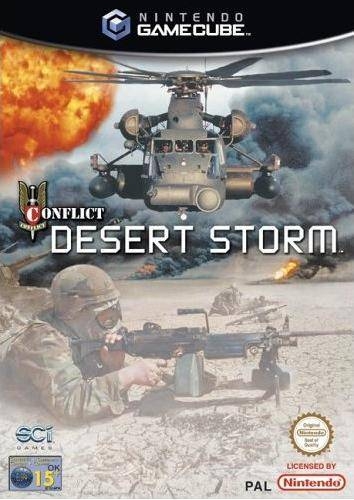 Squad-based tactical combat takes a ride on the dry side in Conflict: Desert Storm from Gotham Games.

Loosely based on the real-life 1991 Desert Storm campaign, Conflict: Desert Storm puts you in command of either the elite British SAS or America's finest, the Delta Force. Most missions involve teams of four soldiers that must infiltrate enemy territory with virtually no outside assistance.

Before heading off to combat, players should spend a little time in the Training Mode. You'll get to experience all of the rigors of combat training, including obstacle courses, target practice, gun turret practice, vehicle driving and demolitions.

Players control the on-screen action from a handy third-person perspective camera. A wide assortment of armaments is available to handle just about any situation.

While pretty much every mission takes place in the desert, the variety in geographic terrain is fairly impressive. Branching paths, riverbeds and rocky hillsides allow plenty of options when making your approach. Be sure to scope the area ahead before deciding on a point of entry.

There's no "I" in Teamwork

As a squad-based game, it is important to take advantage of your fellow soldiers. Each of your squad members excels at different aspects of combat.

For maximum results, plug in a few extra Nintendo GameCube controllers and play each mission in co-operative mode. Up to four players can team up and attempt the main missions via split-screen.

Be All That You Can Be