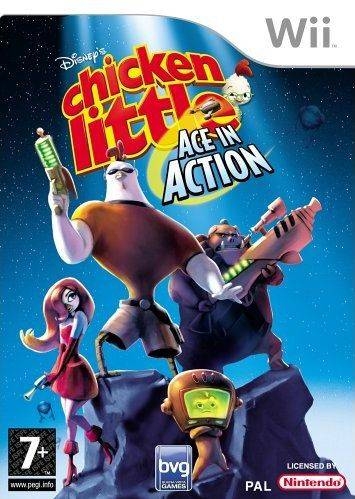 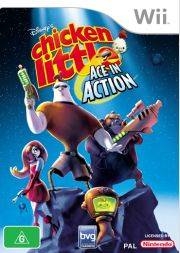 Inspired by the "movie within the movie" finale of the film "Chicken Little," Disney's Chicken Little: Ace in Action features Ace, the superhero alter ego of Chicken Little, and the Hollywood versions of his misfit band of friends: Runt, Abby and Fish-Out-of-Water. The crew faces off against Foxy Loxy and her evil Amazonian sidekick, Goosey Loosey, who have an evil plan to take over the Earth.

Chicken Little receives a copy of the latest video games starring his superhero alter ego and invites his friends to come over and play the game with him! The crew battles evil alien robots through multiple levels across the solar system and combat foes in one of three gameplay modes: Ace on foot as a soldier, Runt as the driver of an armored tank and Abby as the pilot of a spaceship.