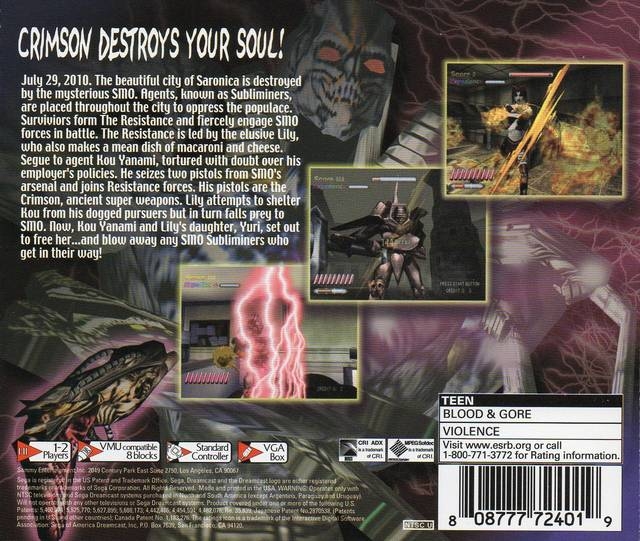 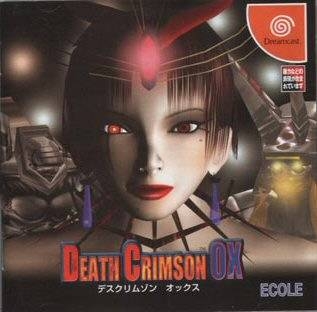 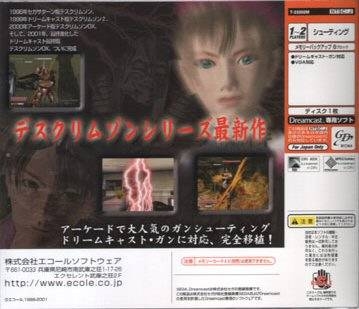 July 29, 2010. The beautiful city of Saronica is destroyed by the mysterious SMO. Agents, known as Subliminers, are placed throughout the city to oppress the populace. Survivors form The Resistance and fiercely engage SMO forces in battle. The Resistance is led by the elusive Lily, who also makes a mean dish of macaroni and cheese. Segue to agent Kou Yanami, tortured with doubt over his employer's policies. He seizes two pistols from SMO's arsenal and joins Resistance forces. His pistols are the Crimson, ancient super weapons. Lily attempts to shelter Kou from his dogged pursuers but in turn falls prey to SMO. Now, Kou Yanami and Lily's daughter, Yuri, set out to free her... and blow away any SMO Subliminers who get in their way!