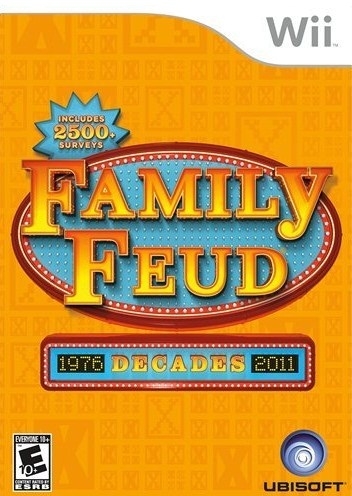 Similar to the Emmy Award winning game show, which will launch its 12th season in national syndication with new host Steve Harvey the week of September 13th (check local listings), Family Feud Decades pits two families against each other in a contest to name the most popular responses to survey-type questions posed to 100 people. Players will be challenged to answer questions from various decades correctly. The game has a fun, retro feel, featuring the classic set designs and scoreboards from each of the decades the TV show has aired. Additionally, players design a personal avatar to represent them in the game, with hilarious outfits from different eras including hippie, disco, grunge and more.