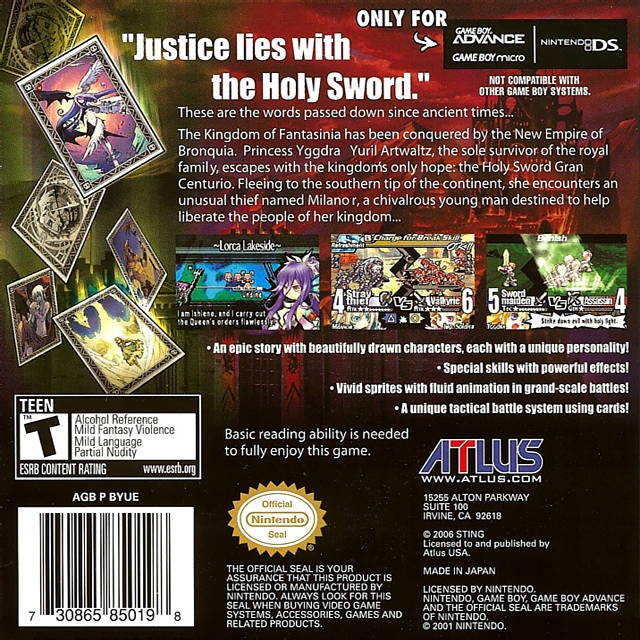 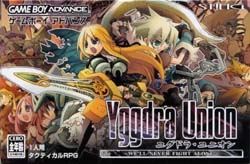 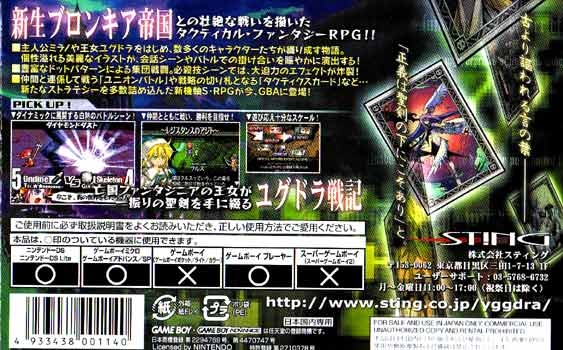 About Yggdra Union
Ruled by a royal family believed to be descended from the gods, Fantasinia is a prosperous and tranquil land — until the peace is shattered by the invading forces of the Empire of Bronquia. Led by the young Emperor Gulcasa, who seized power in a brutal coup d’etat, Bronquia’s Imperial Army cuts a bloody swath through the people of Fantasinia and the Royal Armies of King Ordene. Princess Yggdra Yuril Artwaltz, the sole survivor of the royal family, escapes with the kingdom’s only hope: the holy sword Gran Centurio. Fleeing to the southern tip of the continent, she encounters an unusual thief named Milanor, a young man destined to help liberate the people of her kingdom...

Key Features
• Break-the-mold strategy system – Turn-based strategy meets real-time action in this innovative battle mechanic! Build your strongest deck of cards to rain down special attacks, monitor the aggression meter to adjust the power of each hit, and create troop unions that will overwhelm the enemy’s numbers.
• Rebuilt for the PSP® – Yggdra Union is brand new again on the PSP® system, boasting remastered audio and visuals, new playable characters, additional missions, difficulty options, widescreen support, and dual English and Japanese voiceover tracks.
• Unlock even greater rewards – There is more to Yggdra Union than can be revealed in a single game. With 3 different endings plus a hidden ending and secret characters, there’s tons of treasure for a true gamer to uncover.

Yggdra Union has not yet been rated by the ESRB.