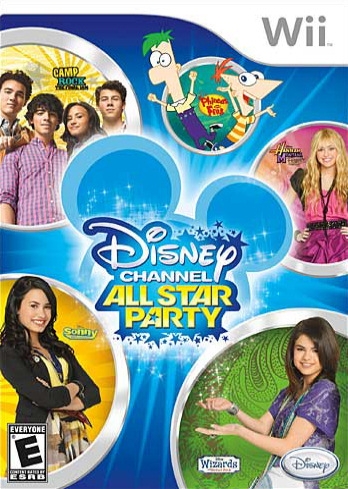 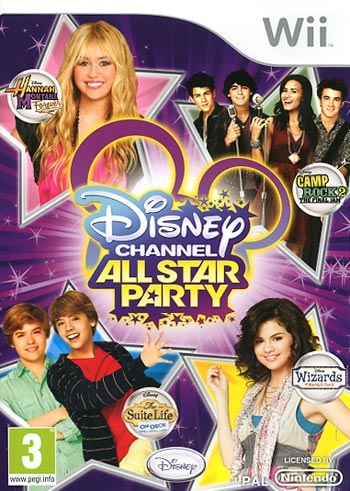 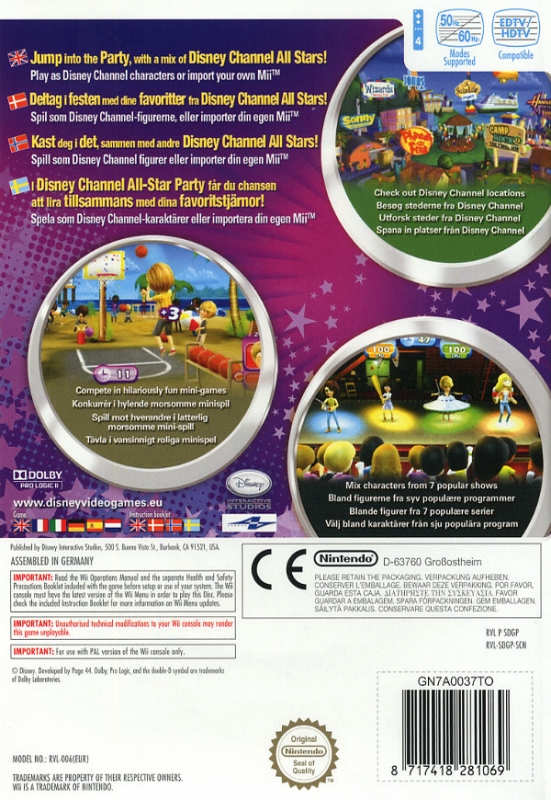 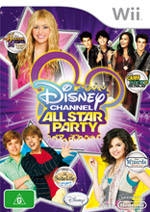 Get the party started with Disney Channel All Star Party on Wii™!

For the first time, mix up Disney Channel shows and characters!  Play as favorites from shows including Sonny with a Chance, Wizards of Waverly Place, and Hannah Montana.  Challenge your friends in over 30 hilarious games from popular show locations like Phineas and Ferb, Jonas L.A. and more!