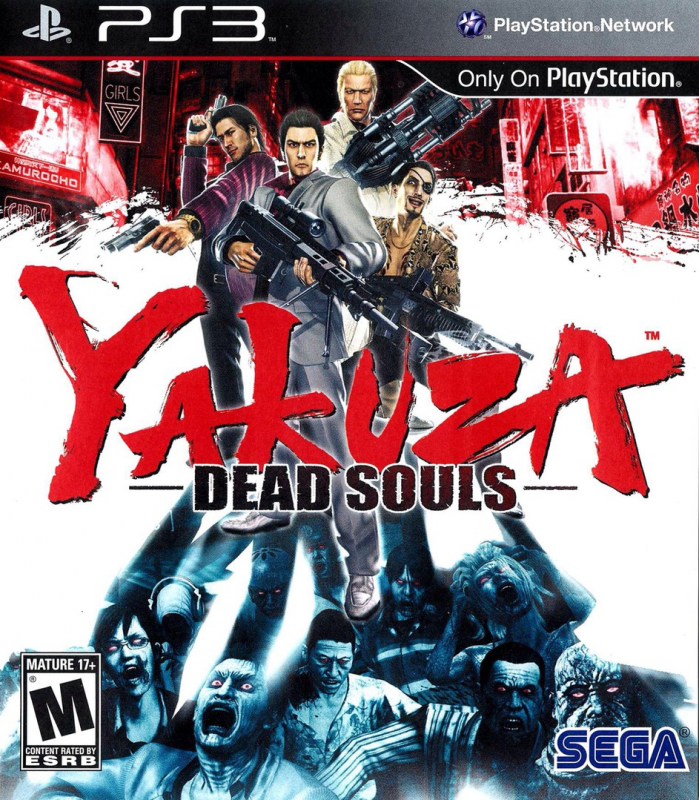 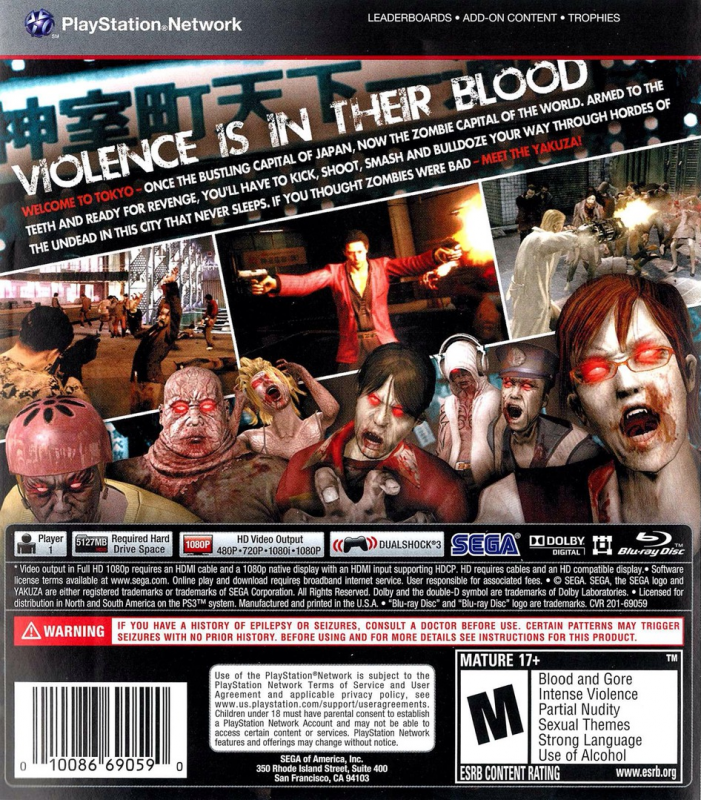 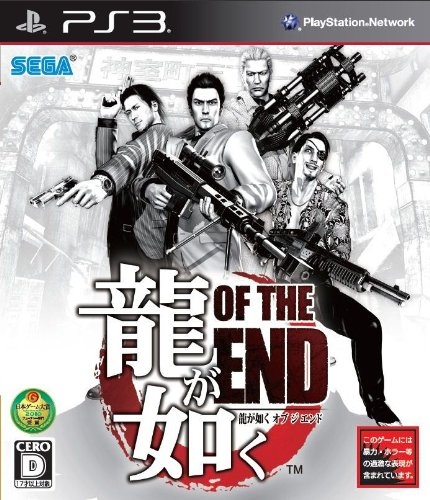 Ryu ga Gotoku: Of the End

April 2011, Kamurocho, Tokyo, a city that never sleeps, even when under attack from zombies.

The undead are multiplying and filling the streets of Tokyo’s red light district. The area is quarantined quickly, but degenerates into a district full of terror, panic and devastation. Survivors try to flee the city, but four men rise up to protect those they care most about. If you think zombies are bad, meet the Yakuza.

As they run through the battle-scarred streets and witness the scale of the destruction, they are seen as the final hope for the remaining residents of the city as they kick, snipe, batter and bulldoze their way through the hordes of zombies.

Immerse yourself in the Kamurocho experience as the true to life recreation of Tokyo’s sin-city district faces its greatest threat. Unravel the story as you play through the eyes of four characters, form alliances, and work together to save Japan from the zombie apocalypse.

Tokyo as you’ve never seen it before
From Zombie table tennis to gunning down the walking dead on a date with a beautiful hostess, all the side missions, clubs, karaoke, bars, dungeon crawling, and more are back.

Zombies, guns, and gore
The Yakuza franchise takes an exciting new twist with an all-new 3rd person shooting mechanic, a wide array of guns and upgrades, and a city packed full of the undead.