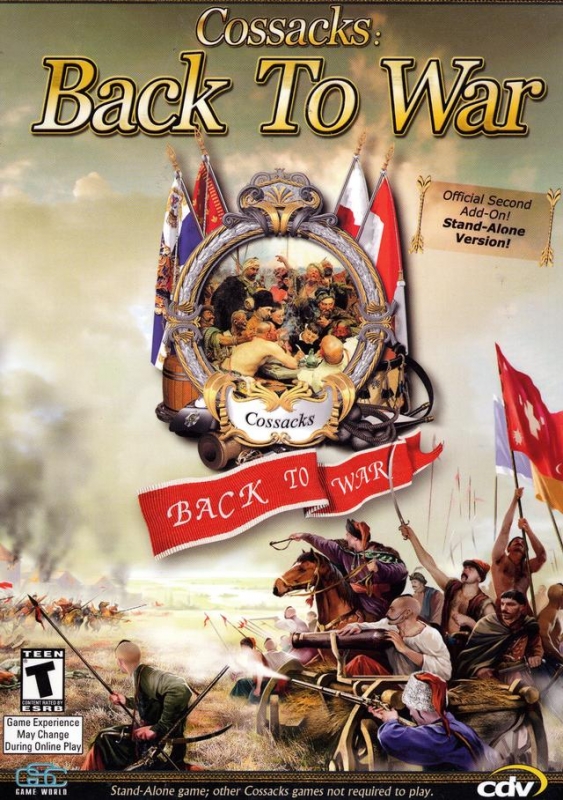 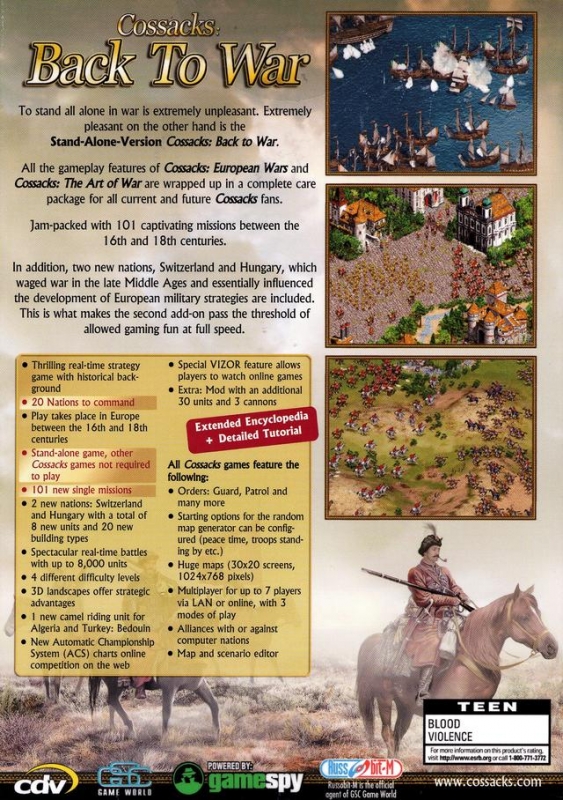 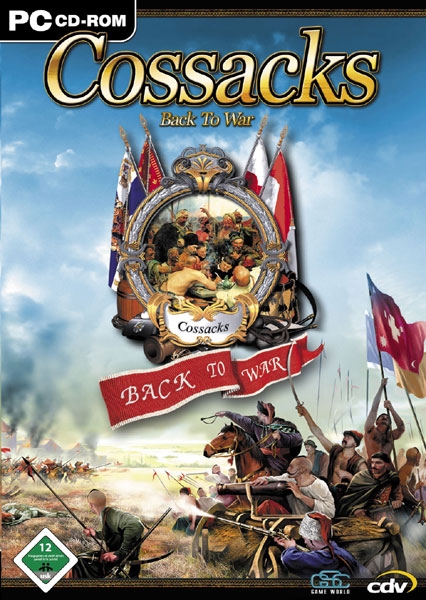 Cossacks: Back to War (PC)

Cossacks: Back to War - Summary

To stand all alone in war is extremely unpleasant. Extremely pleasant on the other hand is the stand-alone version Cossacks: Back to War. All the gameplay features of Cossacks: European Wars and Cossacks: The Art of War are wrapped up in a complete care package for all current and future Cossacks fans. Jam-packed with 100 captivating missions between the 16th and 18th centuries. In addition, two new nations, Switzerland and Hungary, which waged war in the late Middle Ages and essentially influenced the development of European military strategies are included. This is what makes the second add-on pass the threshold of allowed gaming fun at full speed.