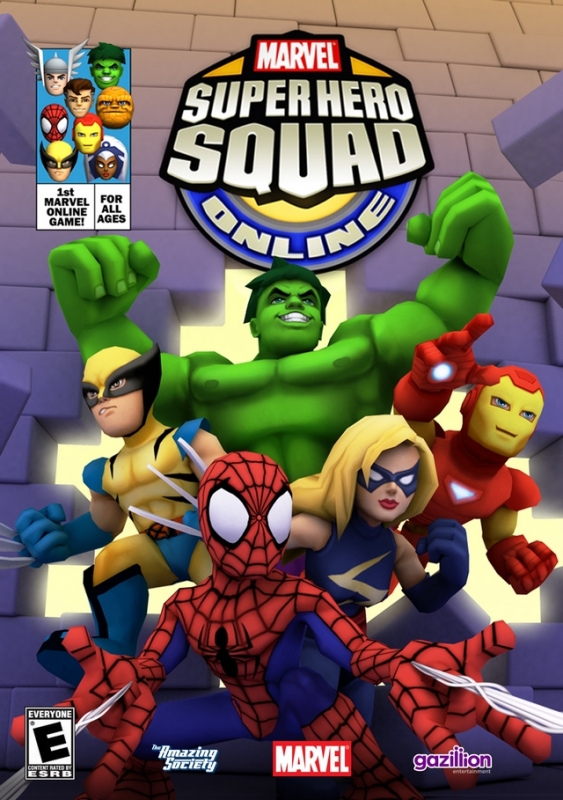 Super Hero Squad Online is your chance to fly a mile in the boots of Marvel’s greatest heroes!

When Dr. Doom and his evil henchmen strike, your Squad is there to thwart their latest scheme!  Battle against Magneto, Doc Ock, Green Goblin, Ultron, Fin Fang Foom, and other famous Marvel villains.

Play as Spider-Man, Iron Man, War Machine, Invisible Woman and many other heroes, mastering their skills and amazing powers!

Your own S.H.I.E.L.D. helicarrier Headquarters is a private playhouse for you and your squad!

Step into a world of strategy and action with Super Hero Squad Online’s collectible card game!

Create the ultimate deck and prove you’ve got the best Squad of all!