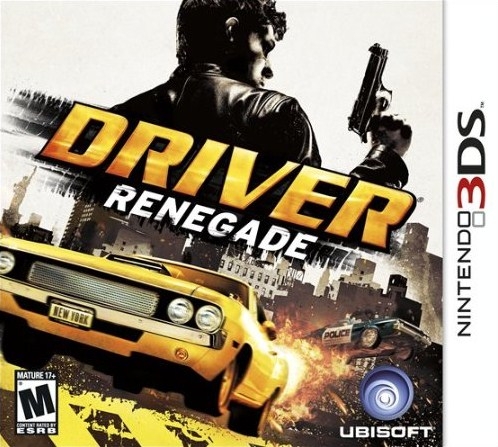 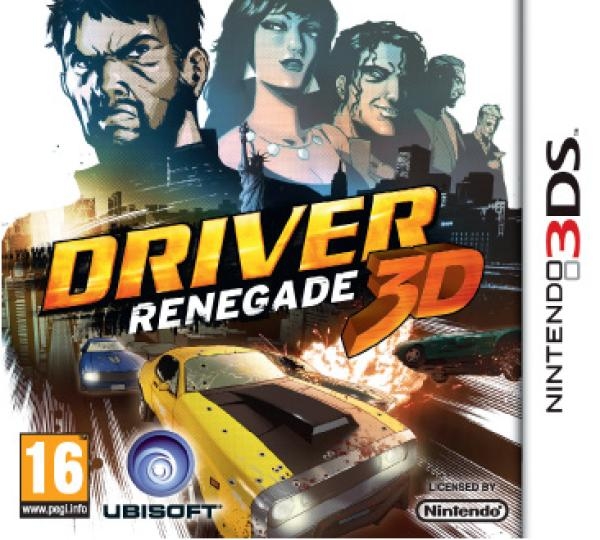 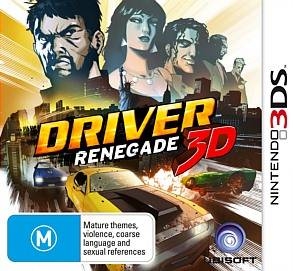 Tanner is back and full of rage in Driver® Renegade for the Nintendo 3DS™. Driver Renegade takes place between the stories of Driver 1 and Driver 2 and brings non-stop 3D car chases to the Nintendo 3DS system.

After years of undercover work for the NYPD, John Tanner leaves his badge behind when he is recruited to lead a covert, off-the-books crusade against the criminal element of New York City. Protected by a prominent senator, Tanner is given the freedom to take on criminals in his own way and to punish all those who oppose him.

To rid New York City of criminal scum, Tanner must take out five kingpins: a drug dealer, a human-organs trafficker, a pimp, an arms dealer and an overly greedy trader. Helped by his few friends, and with no badge to hold him back, Tanner wages his private war against crime with his weapon of choice: his car!

Driver Renegade is the first and only action driving game on the Nintendo 3DS that lets you experience the intensity and brutality of urban car chases in 3D. Drive recklessly, perform jumps to fill your Rage bar, and unleash devastating takedowns on your enemies’ cars!

FIRST ACTION DRIVING GAME ON NINTENDO 3DS
Explore the open world and discover the landmarks of New York, the city of crime. Experience a 3D-enhanced sense of speed and immerse yourself within the guts of a vast modern city.

INTERACTIVE CONTROLS
Players can utilize the new accelerometer on Nintendo 3DS™ to control Tanner’s car and to dodge, jump, and attack opponents.

EXCITING CHAPTER OF THE DRIVER STORY
Experience the 20 story-based missions, all delivered with cutting-edge 3D style. In Driver® Renegade, set between the events of Driver 1 and Driver 2, Tanner confronts a slew of nefarious criminals and meets new, enigmatic allies that will help him take on the most corrupt parts of New York City. But will justice prevail?

STRONG REPLAY VALUE
Unlock up to 50 different cars and tune them up in your private garage. Over 70 challenges and tracks spread across the city will put your driving skills to the test. Choose from among seven types of challenges, including Time Attack, Elimination Mode and Road War, and compete against deadly opponents.