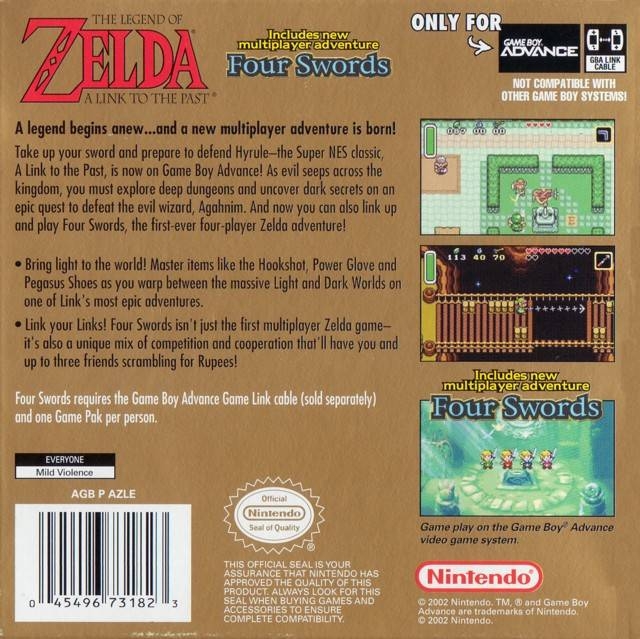 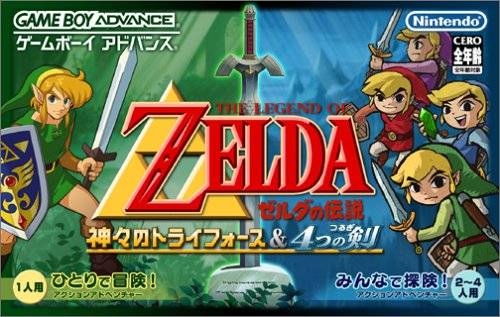 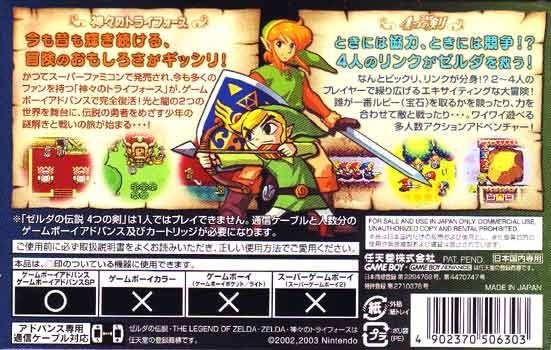 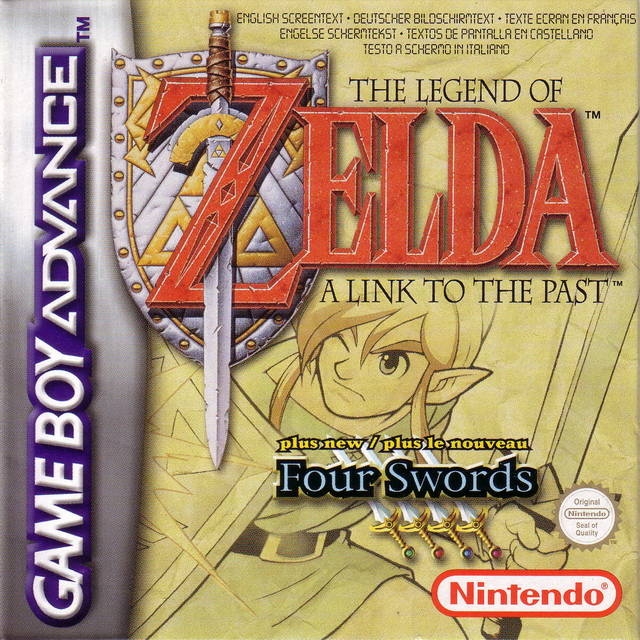 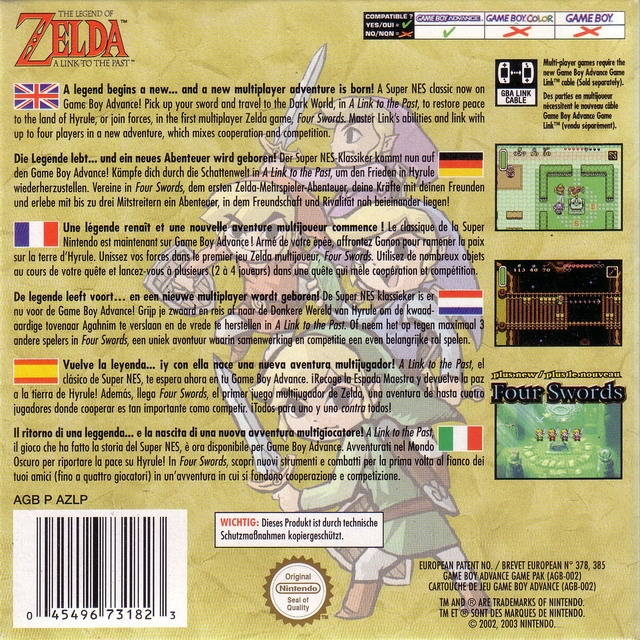 Zelda no Densetsu: Kamigami no Triforce & Yotsu no Tsurugi

The Legend of Zelda: A Link to the Past (GBA)

The young boy Link awakens one stormy night after receiving an urgent telepathic message from Princess Zelda. The fair maiden was kidnapped by Agahnim, the king's trusted wizard. Link leaps into action, heading to nearby Hyrule Castle to save the princess. But Link's quest will lead him much farther than that as he discovers the disturbing depths of Agahnim's scheming against the kingdom.

Link discovers that the twisted wizard wishes to corrupt the land itself by eroding the barrier between the Light World and the Dark World -- which would result in a magic-hungry madman taking over both worlds.

In the first portion of his epic quest, Link must probe the Light World, conquering palaces and scouring the land in search of a magic strong enough to challenge the sinister sorcerer...