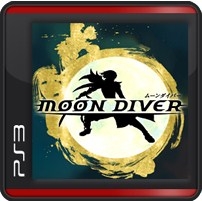 The Earth lies in ruins. In the year 2081, five warriors suddenly appeared during an eclipse and began the fight to take back Earth.  Introducing MOON DIVER, an easy-to-control side-scrolling action game for 1–4 players. Get ready for non-stop acrobatic action on the ground, walls, and even ceilings! Characters can level up, gain new abilities, and unleash devastating special attacks known as MoonSault Combinations!