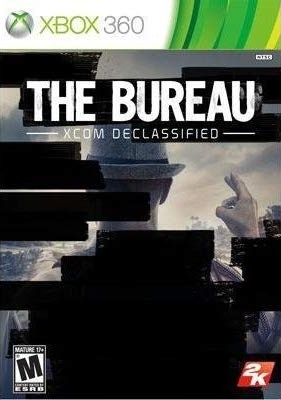 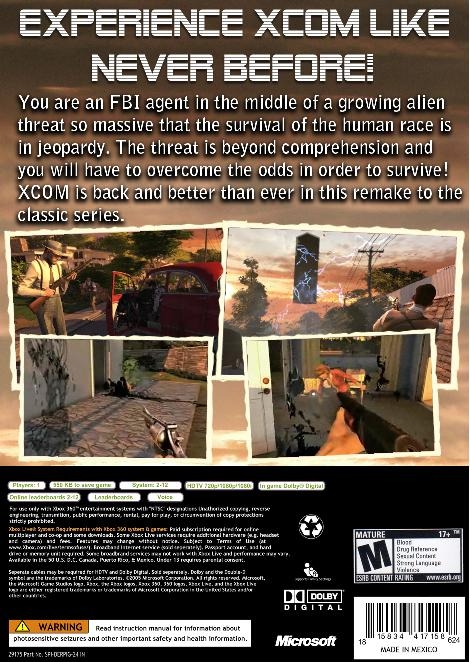 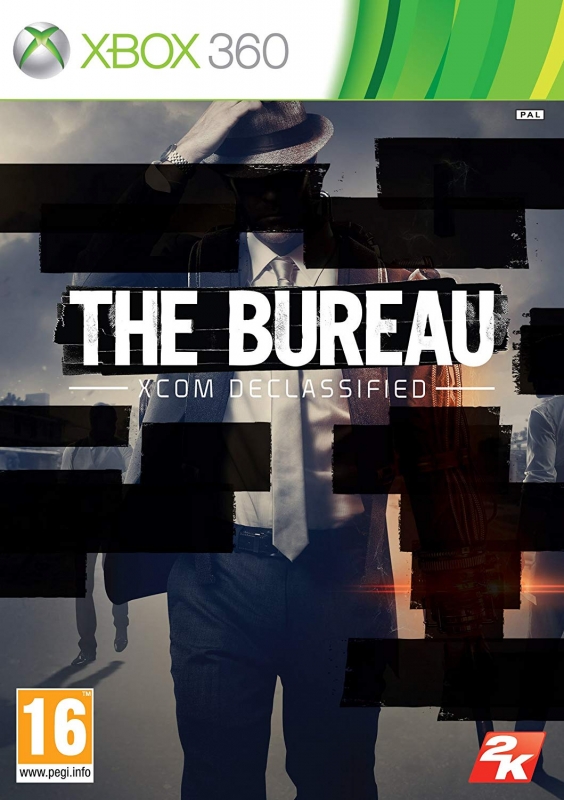 Featuring a bold new origin story told from a first-person perspective, XCOM pits Special Agent William Carter and his team against the threat of human extinction from an insidious otherworldly force. But every enemy is an opportunity – players will strike surgically against the alien menace, capture their technology, and by the science of desperation – turn the invaders' weapons against them.

Armed with these lethal new tools of war, players will command their squad on XCOM's front lines: Main Street, USA.

Recruit the Finest: The player leads an elite field team of specialized government agents into battle – combining deep, visceral gunplay with powerful sci-fi abilities. A special tactical mode lets you see the "battlescape" where all possible actions the agents might take are revealed for your command.

An Elite Division: Plan and equip your missions from the underground XCOM base: the center for researching the alien technology, building out your weapon cache and choosing the agents to accompany you on each adventure.

Capture and Harness Their Technology: Strike surgically against the alien menace, capture their technology and turn the invaders' weapons against them. Equip your team with an arsenal of powerful weapons utilizing modified alien tech.

Feel the Weight of Mankind's Last Stand: The American Dream is crumbling all around you as the invaders corrupt the country, one town at a time. How do you stop a force that acts without conscience, a force whose sole desire is to corrupt and consume all that it touches? How do you stop an enemy with no weaknesses, an enemy that cannot be harmed by conventional technology? How will you react to the loss of your perceived reality, and the corruption of the world around you?