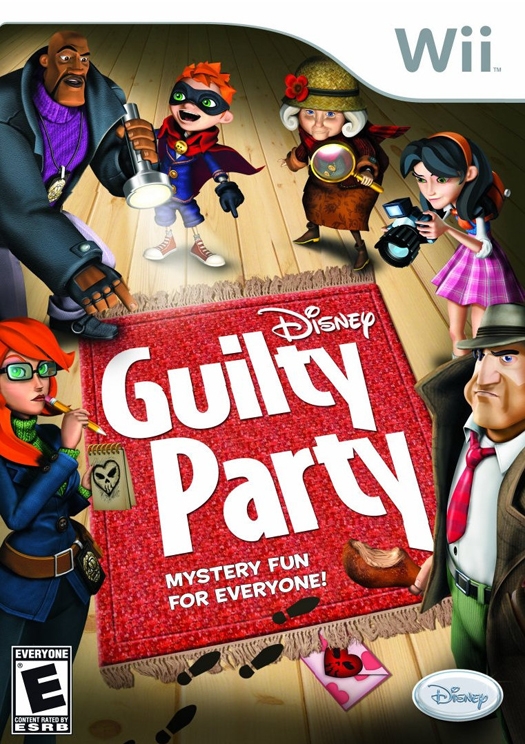 Disney Guilty Party is a fun and hilarious mystery party game, exclusively for Wii. Friends and family play as the savvy sleuths of the world-famous Dickens Detective Agency and use the Wii Remote as their detective tool to investigate mystery locations, sleuth for clues and grill suspects. Gather enough evidence to identify the culprit and catch the guilty party!

• Become a detective - the Wii Remote beomes a lock pick, magnifying glass, flashlight and more
• Search for the elusive villain Mr. Valentine in Story Mode
• In Party Mode, select your favorite location and let the game generate an all-new mystery. Never play the exact same game twice!
• Play with 1 to 4 players, cooperatively or competitively
• Each player can select an independent difficulty setting so newcomers can play alongside experienced gamers