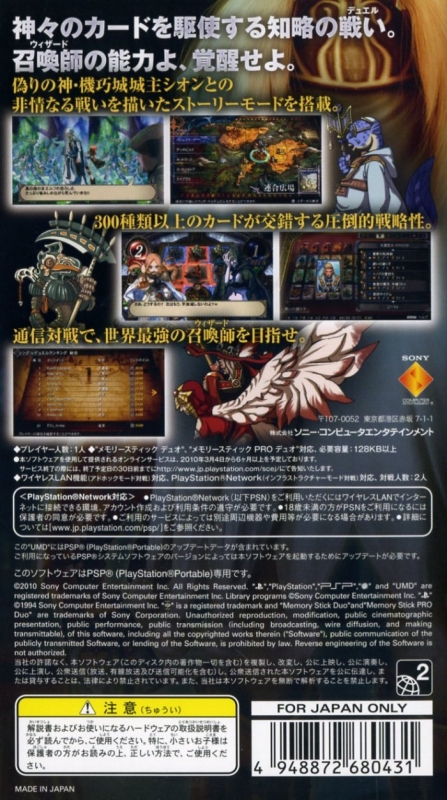 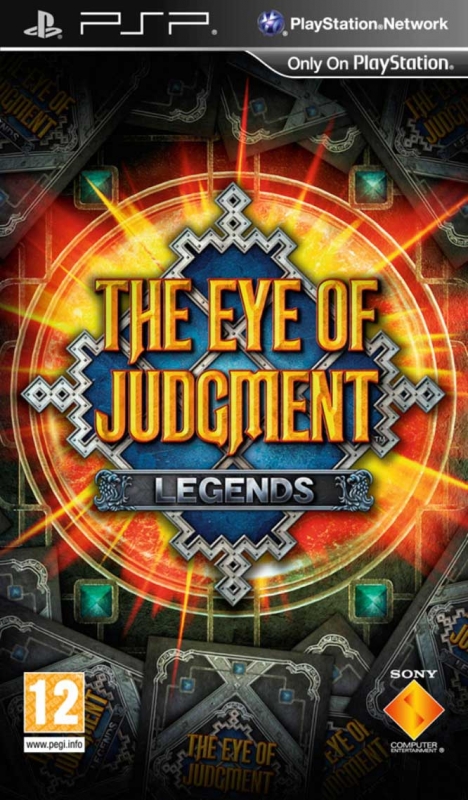 The Eye of Judgment: Shintaku no Wizard

THE EYE OF JUDGMENT 神託のウィザード

The Eye of Judgment: Legends (PSP)

The Eye of Judgment: Legends - Summary

THE EYE OF JUDGMENT LEGENDS is a new fantasy title for the PSP® system. This digital card-based game lets players collect, trade and battle magical creatures on the move. Available as a download from the PlayStation®Store in Spring 2010, THE EYE OF JUDGMENT LEGENDS will be the perfect way to capture any gamers imagination wherever they are!
Dive into a vast world of magic, mystery and battles in the palm of your hands! At its heart are more than 300 digital trading cards, over 30 of which are brand new to fans of the PlayStation®3 hit THE EYE OF JUDGMENT! The card collecting experience from the PS3 hit has been streamlined for portability, no longer requiring the PlayStation®Eye peripheral nor physical cards to be carried along with you. Each card features a monster, dragon, mage or mythical warrior with their own special skills ready to do battle against your opponent, and some cards are rare to come across. Players must carefully choose among the cards they have collected to compile their ultimate deck. The cards are not lifeless images these creatures come to life on screen springing out of their card and into attack, battling real time as they hack, slash and cast spells on each other. Deploy the right creatures from your deck to defeat your opponent and secure victory!
A new PSP-exclusive single player Story Mode sends you on an exciting quest, controlling a wizards search for an all-powerful Biolith Lord. As you progress through the story by winning battles and vanquishing foes, youll earn new cards for creatures and spells that you can use against your friends the next time you meet in the various multi-player modes.
Key Features