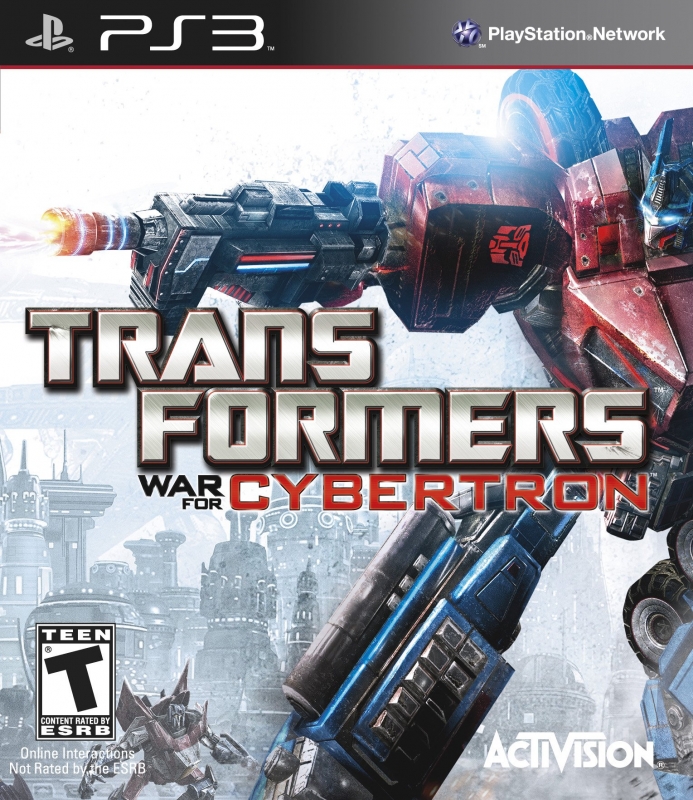 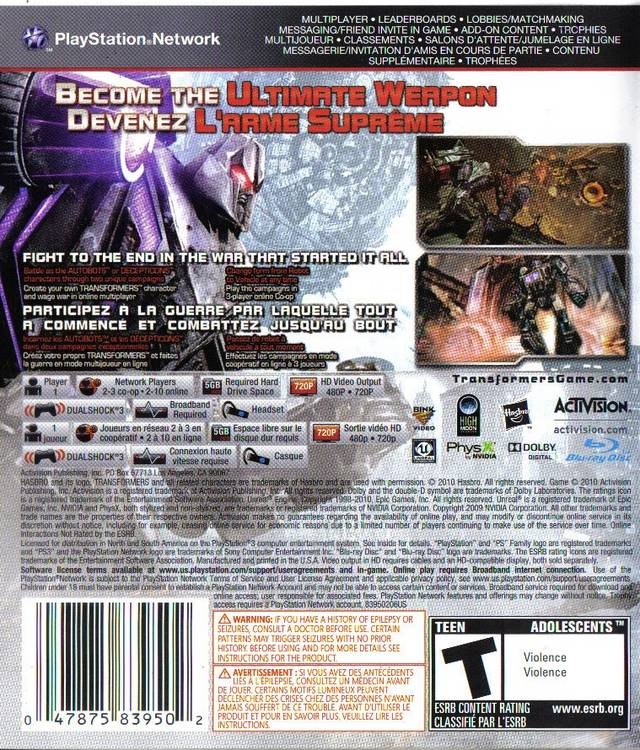 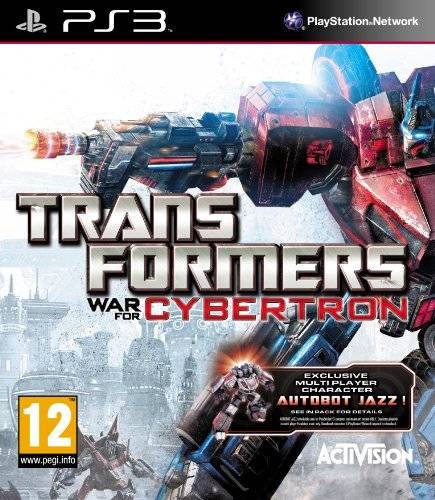 Transformers: War for Cybertron challenges players to become the ultimate weapon as a Transformers character in the final, epic war that will determine the survival of their entire race. Armed with a diverse arsenal of lethal, high-tech weaponry and the ability to instantly convert from robot to vehicle at any time, players will engage in heart-pounding battles on land and in the air in this gripping, 3rd person action shooter set in the Transformers' war-ravaged homeland. Complete with several multiplayer modes, Transformers: War for Cybertron allows gamers to play through story missions with their friends in drop in/drop out online co-op, and also create their own Transformers character for competitive head-to-head multiplayer modes, choosing among four distinct character classes, personalizing its look and selecting from a huge variety of weapons, skills and abilities.