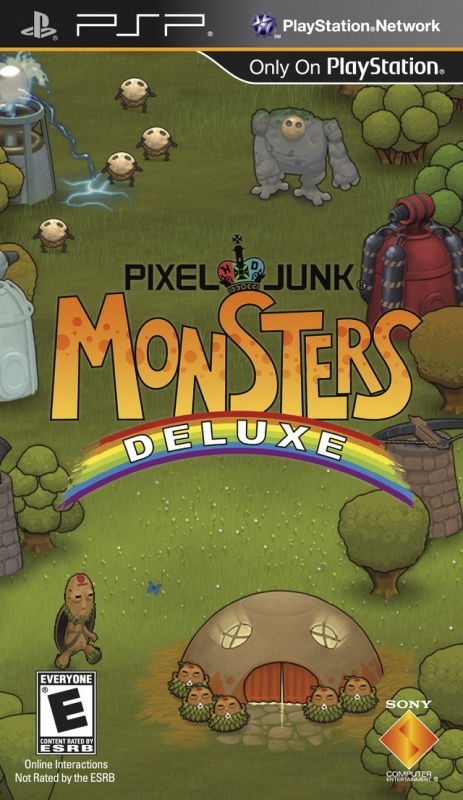 "Pixeljunk Monsters is back!"

In PixelJunk Monsters Deluxe, the player controls a defender-of-the-forest character in a lush 2D environment. The player's goal is to strategically defend the pathway to his home base from an onslaught of various threatening monsters. In between waves of monster attacks, the player scrambles to reinforce his defenses by collecting gold coins and jewels from fallen enemies to finance new towers and research deadlier weapons. The game features a new island with more than 10 stages, new enemies, music tracks and special bonus features. With two new unique towers available, players can enjoy all the original Monster stages with fresh new gameplay.