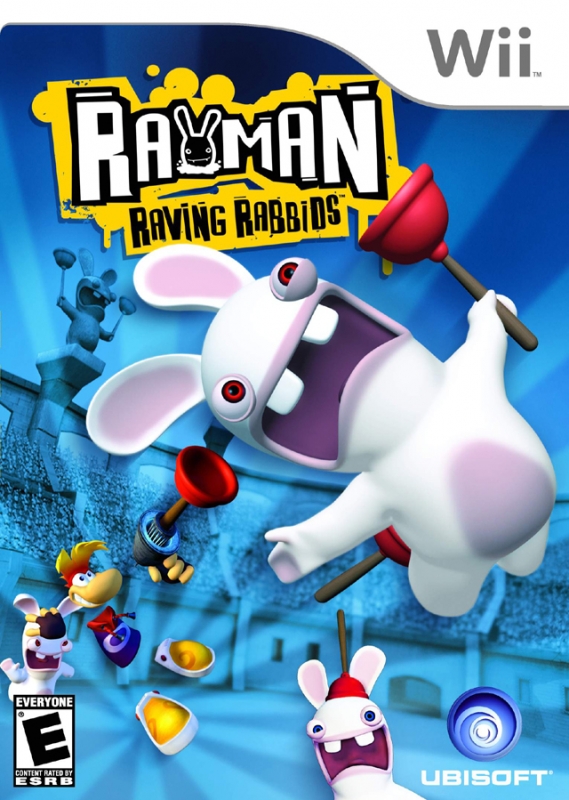 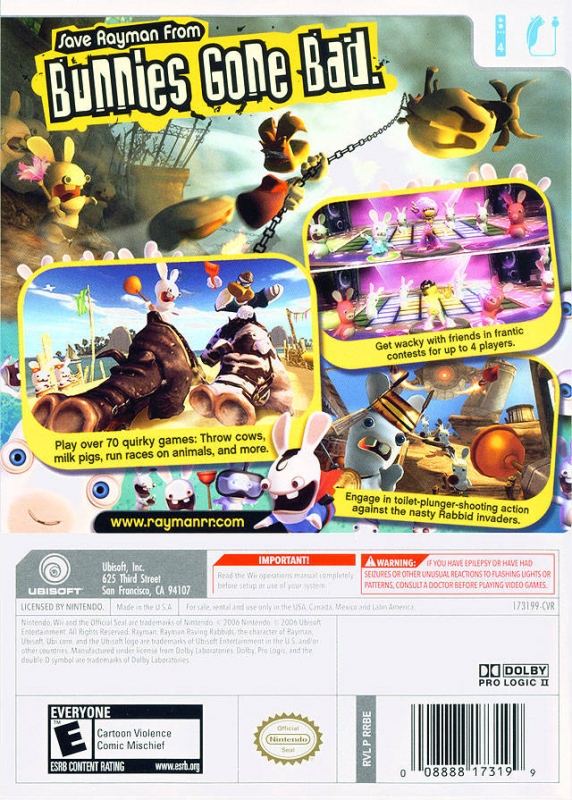 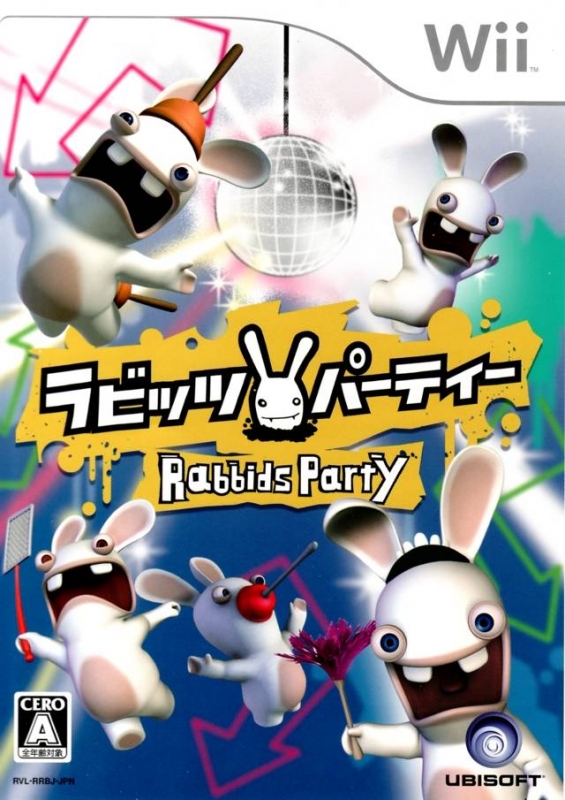 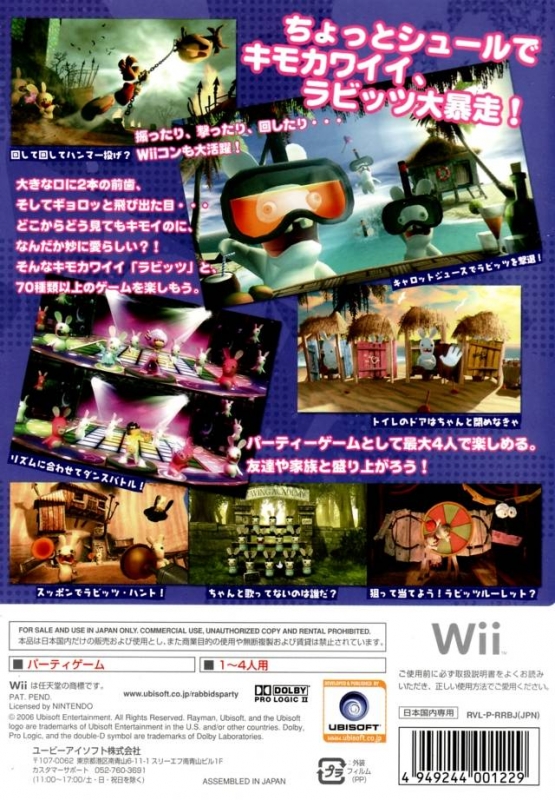 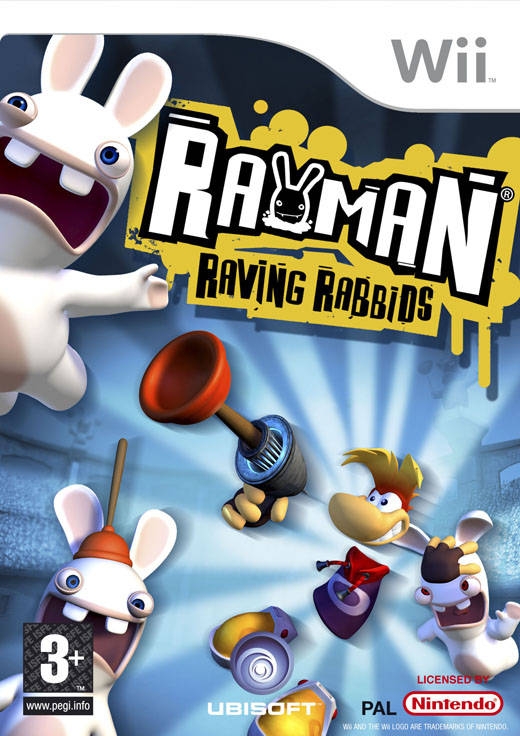 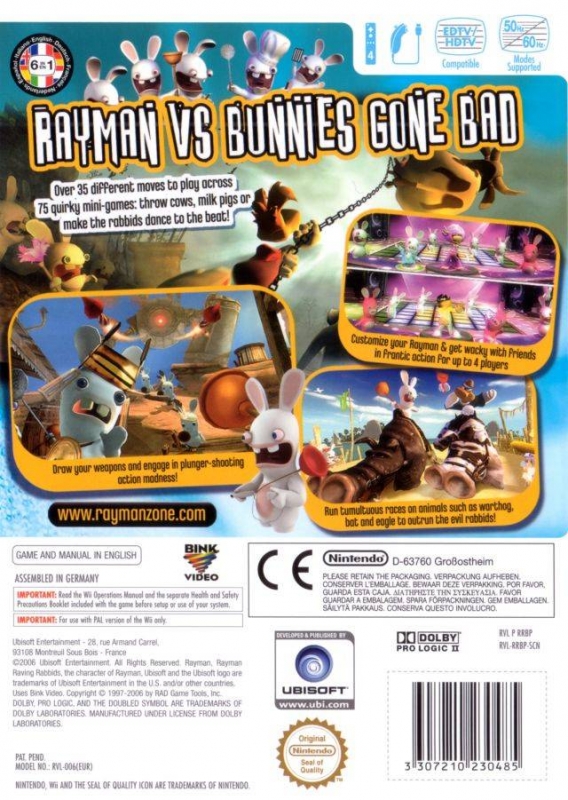 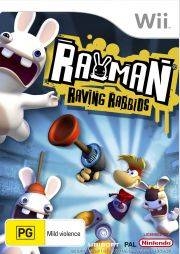 This game was originally planned to be an action-adventure game, but was later designed as a party game. It consists of over 70 mini games which take advantage of the unique feautures of the Wii Remote. From First Person Shooting stages, to rythm dancing games, the Rayman Raving Rabbids provides a wide array or uses for the Wii controllers.

The game focuses heavy on the Rabbids and barely uses the Rayman license. As the story goes, Rayman's friends, the Globoxs, are kidnapped by the Rabbids, who have come to enslave the earth. Rayman is taken prisoner by the Rabbids and is forced to fight in a coloseum. He must play through mini-games in order to save his friends and himself.

The game is loads of fun, wheter playing solo or with friends. The Rabbids are some of the funniest villains in gaming history. The overall presentation is great and enjoyable, and one of the better Party Games available for the Nintendo Wii.