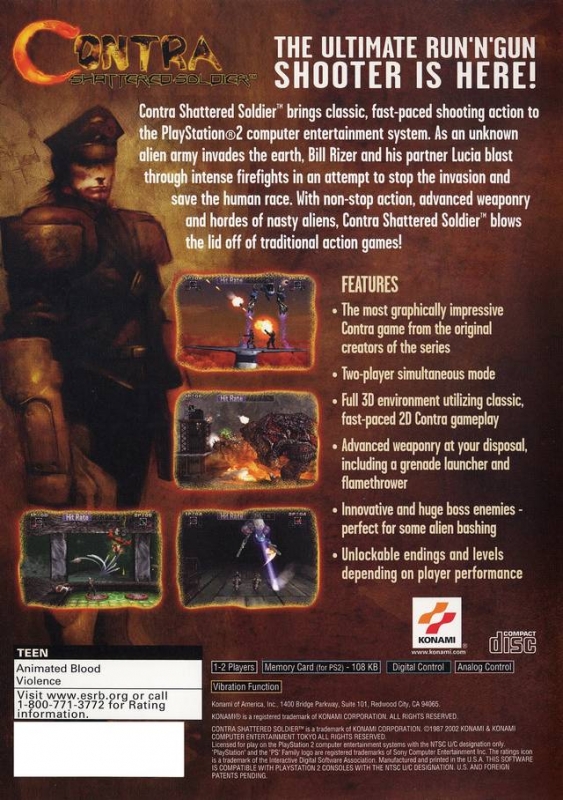 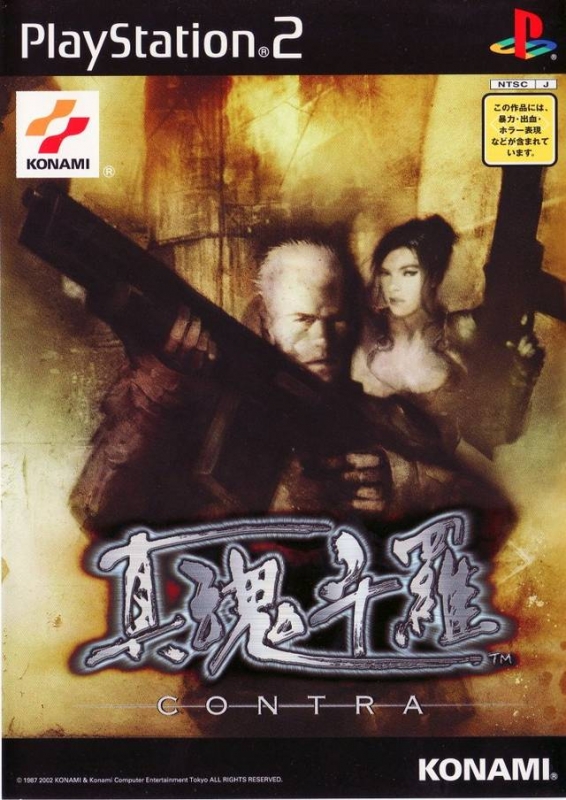 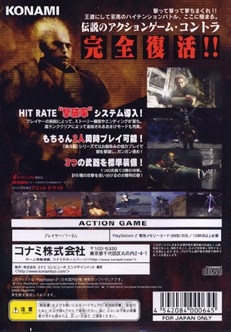 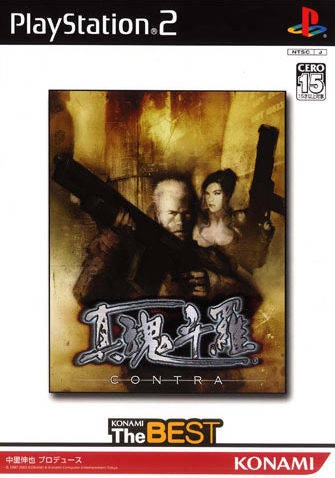 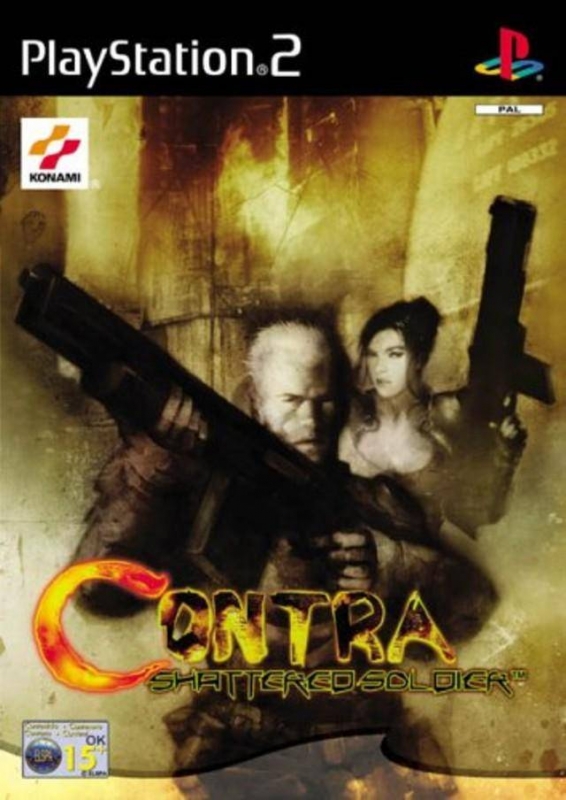 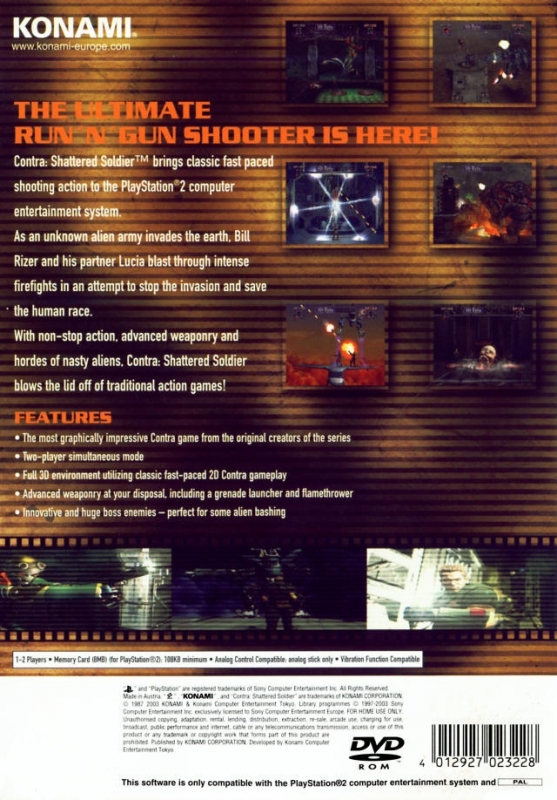 Continuing the non-stop excitement of the original NES and Super NES games, Contra: Shattered Soldier offers a mix of 2D and 3D shoot 'em up action, as one or two players battle their way through a series of alien-filled stages. Armed with a succession of increasingly powerful weapons including multiple direction rifles and flame-throwers, with more to collect along the way, the player must run, jump and blast his way through wave after wave of aliens and counter huge end-of-level adversaries.