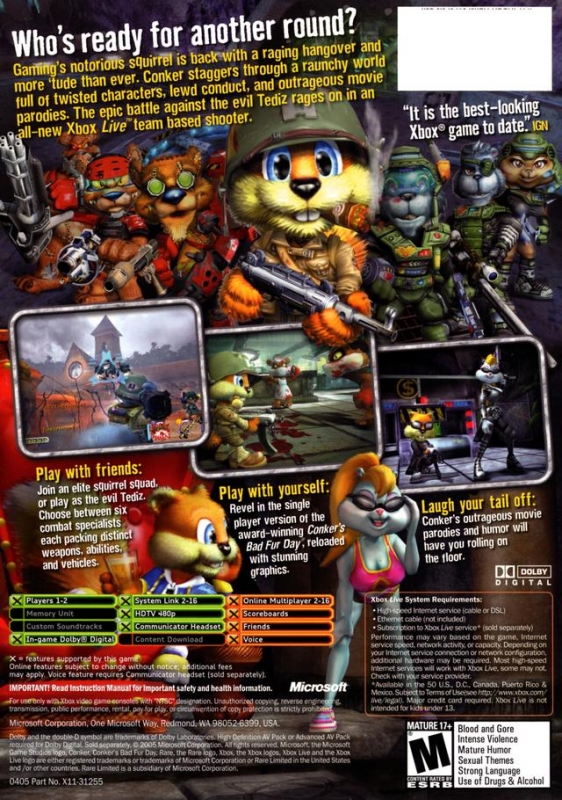 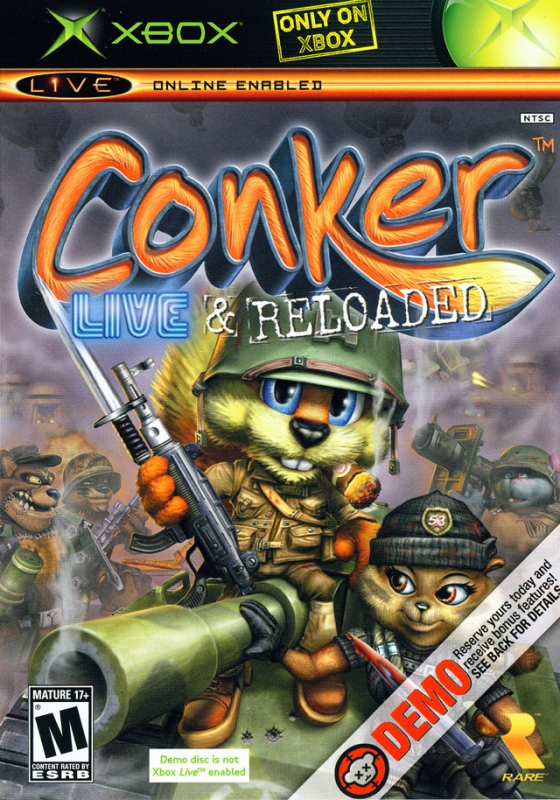 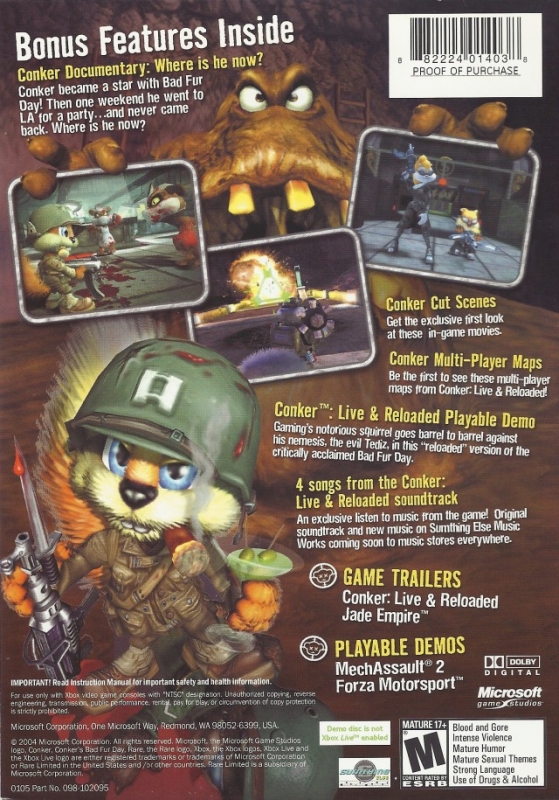 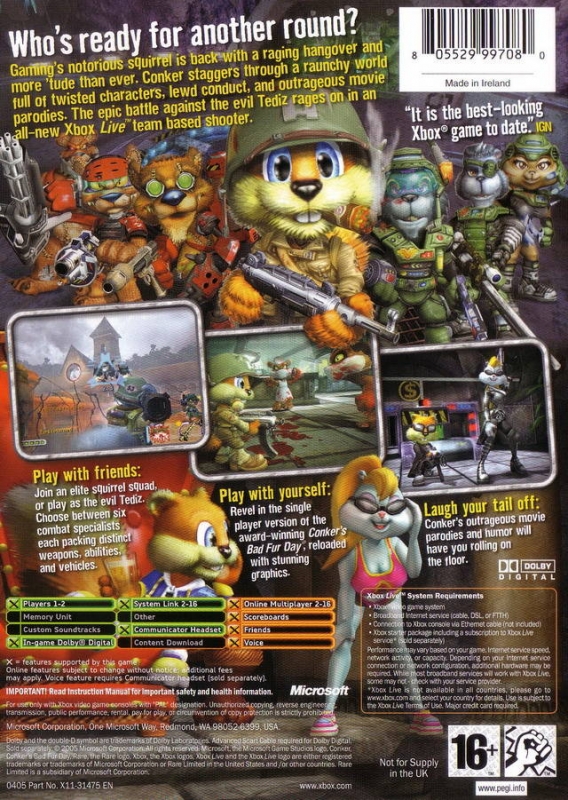 Gaming’s notoriously naughty squirrel is ready to stir up trouble on the Xbox® and Xbox Live® with all-new team-based multiplayer modes in Conker™: Live and Reloaded.

Enjoy new Death Match and Campaign modes on Xbox Live or via System Link. Compete as one of six combat specialists across multi-mission campaigns. The warfare explodes with all the action, humor, and innuendos that Conker fans have come to know and love.

You also get the critically acclaimed single-player game, Conker’s Bad Fur Day, completely recreated for the Xbox with stunning graphics and unparalleled attitude.

* Team-focused, story-driven, Xbox Live gameplay: Team-based gameplay is at the heart of this shooter, pitting the noble Squirrels against the evil Tediz. Players can choose from a variety of scenario-based missions featuring two unique campaigns—Old War and Future War—with each mission featuring its own distinctly challenging gameplay mode. Campaign story lines, comprised of multiple missions played progressively, bring an innovative and fresh approach to team-based shooters and Xbox Live, supporting up to 16 players.

* Elite squad action: Players choose from six character classes, including Skyjockey, Long Ranger, Grunt, Demolisher, Thermophile, and Sneaker, each with its own signature weapons and abilities. In Conker: Live and Reloaded, team composition has strategic and tactical advantages and implications.

* Xbox Live gameplay: Team-based gameplay, innovative campaign story lines, and distinctive humor all make for a great experience on Xbox Live. Online players strategize, cooperate, and communicate as a team in Campaign mode, or venture out solo against buddies in Deathmatch. Players can earn war medals, rise through the ranks, secure unlockables, and download new maps.

* Massive arsenal for maximum carnage: Devastating weapons include camera-guided rockets, an acid thrower, and loads of grenade types. Operate five types of vehicles including Sky Steed, Mule Bomber, R-Hog, Toad, and Tankus and various types of equipment such as anti-infantry sentries, medi-guns, and a snoop camera. Special abilities allow players to disguise themselves or feign death and sneak up on unsuspecting foes to unload a demoralizing array of attacks.

* Twisted and irreverent world of Conker: Over-the-top humor, characters, and gameplay dominate in every way with rude wit, lewd innuendoes, and ridiculous violence. The juxtaposition of the characters, Squirrels and Tediz, and their world is at the heart of the humor. The expressions, exclamations, and special effects bring out the true Conker flavor.