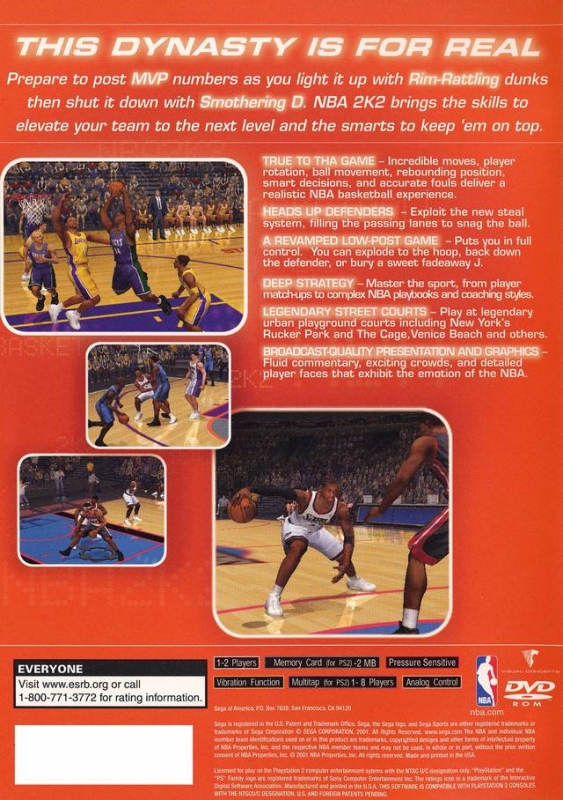 Sega Sports NBA 2K2 makes its way onto the PlayStation 2 with all-new gameplay enhancements and features specific to the system.