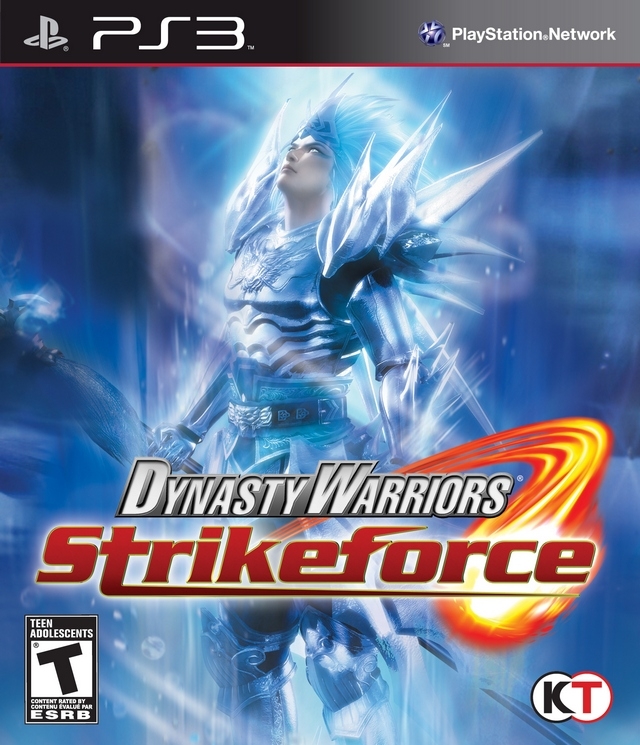 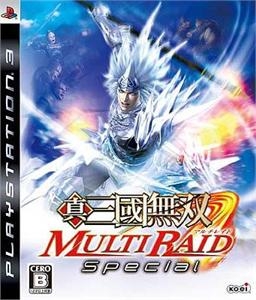 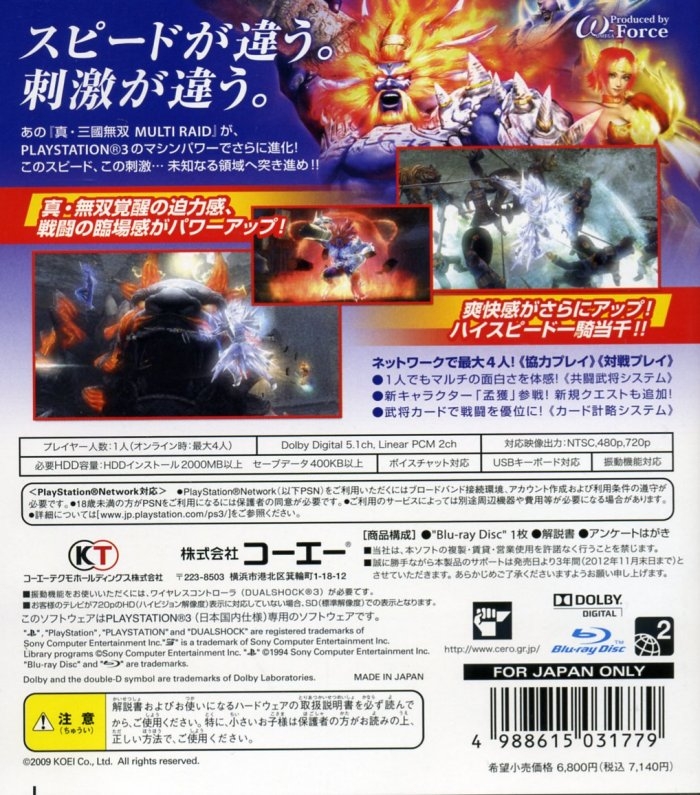 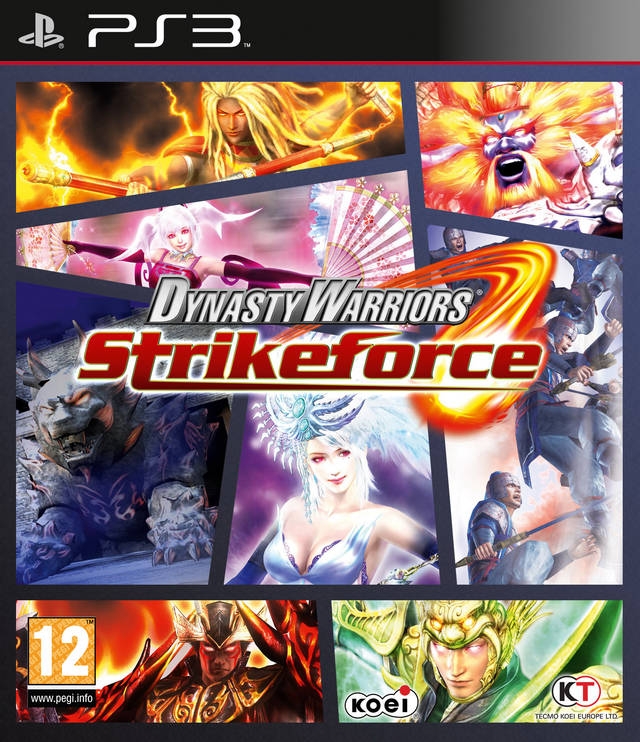 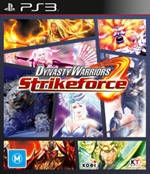 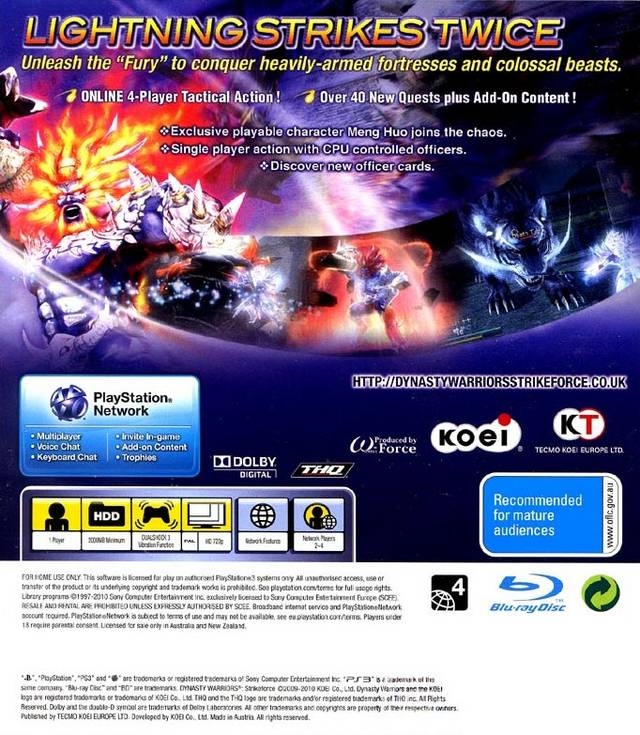 Dynasty Warriors: Strikeforce is a game unlike any other in the franchise. Until now, the quintessential Dynasty Warriors experience pitted a lone warrior against thousands of enemies. For the first time in a Dynasty Warriors game, up to four friends can join together to form a "Strikeforce". Working as a team, players can plan coordinated assaults to conquer massive armed fortresses and colossal beasts. While immense castles, towers and ships serve as the settings for these legendary quests, the lighting-fast action will go where it has never gone before- the skies above. Gifted with new supernatural abilities characters can streak across the skies and battle enemies at high-altitude. With both single-player and multi-player quests, new "air" fighting techniques, radical character customization, new challenges to conquer, and downloadable content, Dynasty Warriors: Strikeforce will forever change the way gamers experience the Dynasty Warriors universe.