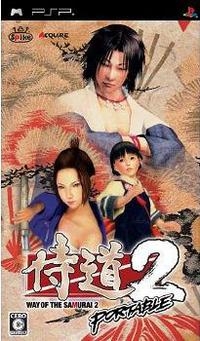 Way of the Samurai 2 Portable (PSP)

Change the fate of the land with the sword in your hand. The story of Samurai Dou 2 takes place in the late Bakumatsu period where Commodore Perry's black ships sailed into the Japanese waters, ending the country's 200 years of isolation.

You are a masterless samurai, leaving Edo for the faraway Amahara to seek fortune and make something out of yourself in this chaotic era. Amahara is ruled by three powers, you have the resources to tip the balance to anyway you want.

Ally yourself with one of the powers, remain an independent samurai or betray one power to go to another, these are all the choices you have to make.