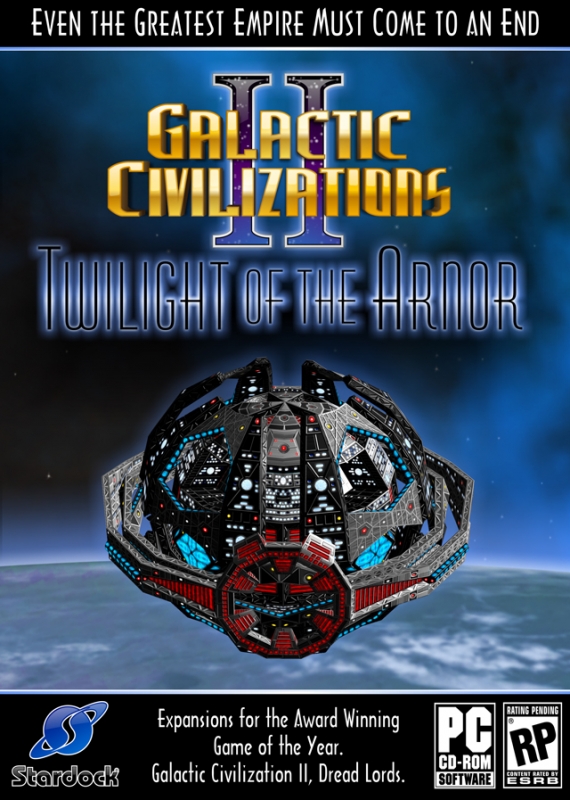 This second expansion pack, Galactic Civilizations II: Twilight of the Arnor (2008), aims to top Dark Avatar in terms of game enhancing features. It adds a new campaign concluding the Dread Lords trilogy, adds hundreds of new features, and also gives every civilization its own unique technology tree and therefore unique ships, unique planetary improvements, unique starbases and more. It also introduces a new victory condition option called Ascension, which provides a whole new way of playing the game. All of these features are wrapped in a massive graphics overhaul that takes advantage of a new technology that actually significantly reduces the memory and hardware requirements. In other words, it’s not just a lot prettier, it runs even better on lower-end machines with better graphics.