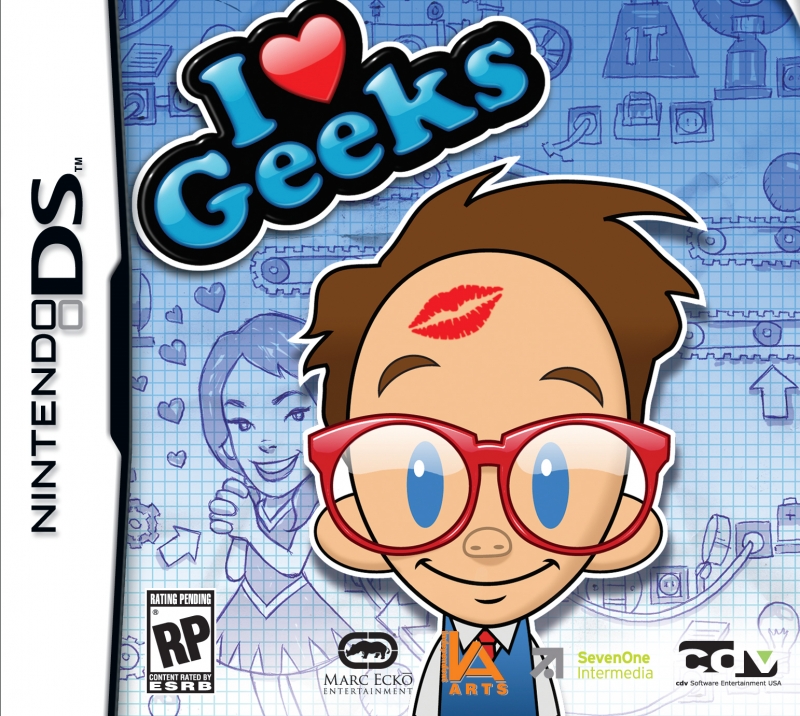 I Heart Geeks! is the ultimate puzzle experience, challenging players to create sophisticated and humorous contraptions using dozens of objects and the laws of real-world physics to solve over 100 brain teasers.

Produced in cooperation with Marc Ecko Entertainment, the game features a tongue-in-cheek story and hip art style where the brainy Geek overcomes the brawny (and bullying) Jocks, winning the heart of the beautiful Cheerleader.

A friendly interface and helpful tutorial make it easy for players to jump right in. Cheerful animated characters introduce new mechanisms and laws of physics in puzzles of increasing complexity, many that can be solved multiple ways. Wireless support allows up to two players to face off against one another in timed puzzle-solving races.