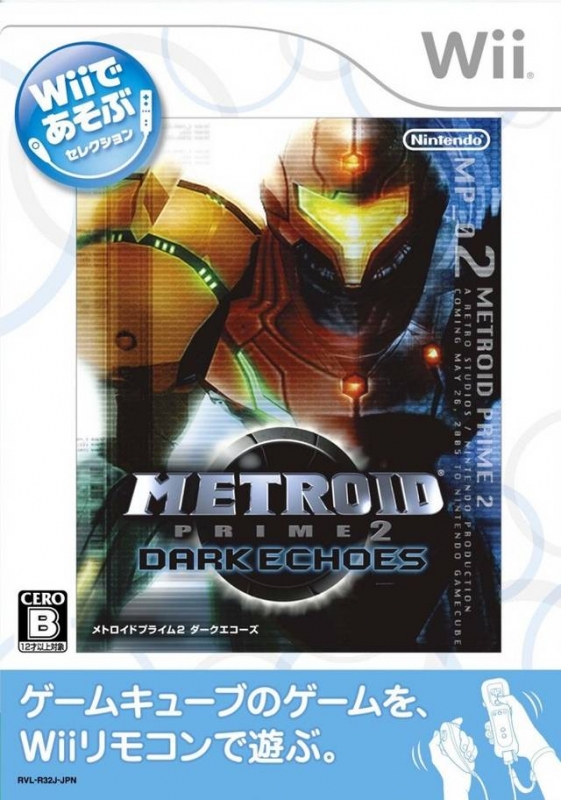 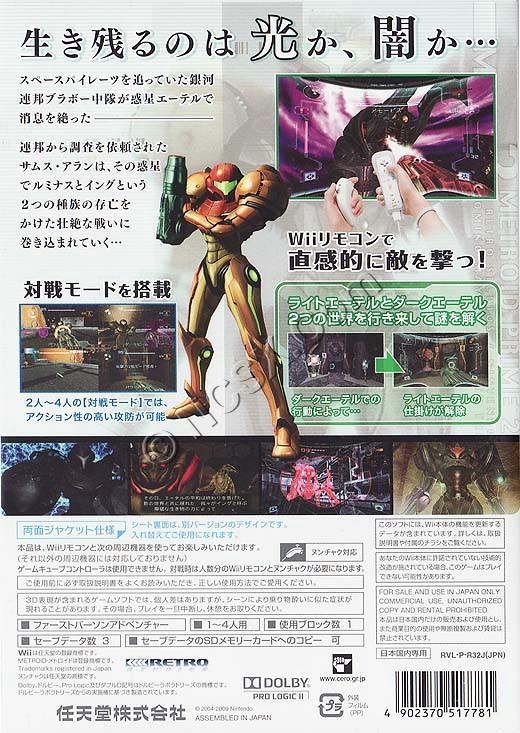 Enter legendary bounty hunter Samus Aran. Her mission: Locate the Federation troopers and render assistance. But what begins as a search and rescue mission becomes an intense, haunting sojourn to save a species from total genocide in a world caught in the maelstrom between dimensions of light and darkness.

Light Aether is the domain of the Luminoth, gentle beings with a unique and highly developed civilization. But when a great cataclysm tore the fabric of space and time, the Ing Horde were unleashed from Dark Aether, a dimensional echo of Light Aether. Now the Luminoth are under siege. The Ing send armies into Light Aether, absorb its lands into the clutches of Dark Aether, and possess the Luminoth's warriors. Only the Luminoth's four gigantic energy generators keep the Light World from collapsing. If the Ing seize control of the generators, the Light World will be extinguished forever. Samus embarks on her mission to defeat the Ing and restore peace to Aether.

But, as Samus will soon learn, an ominous shadow lurks in the darkness, a shadow which stealthily hunts the hunter...

Metroid Prime 2 Echoes is one of those rare games that exceeds its predecessor in quality. The game expertly weaves themes of light and darkness in every element, from plot, to characters, weapons, power-ups, even the music. The action is engaging and intense (you'll love to hate the Ing Horde), the levels brilliantly designed, and the puzzles intelligent but approachable. Metroid Prime 2 Echoes is a fantastic installment in one of the Nintendo GameCube's most exciting franchises.