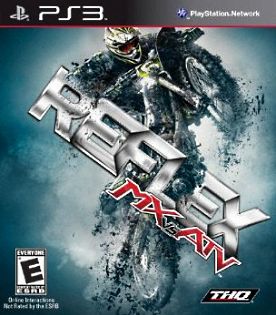 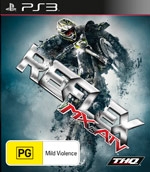 Control your ride! Battle for position and avoid catastrophic disaster as you blitz through motocross mayhem. Fight for traction and dig up the track to force the competition to carve new race lines. Dual controls let you tear it up with death-defying stunts and high-flying freestyle action. Grip tight and hang on, off-road gaming has been redefined.

Think fast and hang on to your ride as you take independent control of the rider and take the ultimate test of mettle.  Fight for traction and dig up the track as you tear it up with death-defying stunts and high-flying freestyle action. Hone in your skills through havoc-laden environments that come alive, creating ever-changing conditions.

Rush through raging rivers, slash though swampy everglades, and blaze through desert dunes as the terrain gets altered with every turn. Gain on your opponents lap after lap as you force the competition to carve new race lines, but beware, they can do the same to you.

Grapple an assortment of unique off-road beasts such as MX bikes, ATVs, Sport Buggies and Trucks to become the champion of champions. Every victory brings you closer; every upgrade equips your ride for victory.  Fine-tune, tweak and customize each vehicle the way you want it, you are in control.

But victory is never complete, take on friends around the world via the PlayStation®Network and Xbox LIVE® connectivity. Battle on-line to see who reigns supreme within individual events and progressive event series.