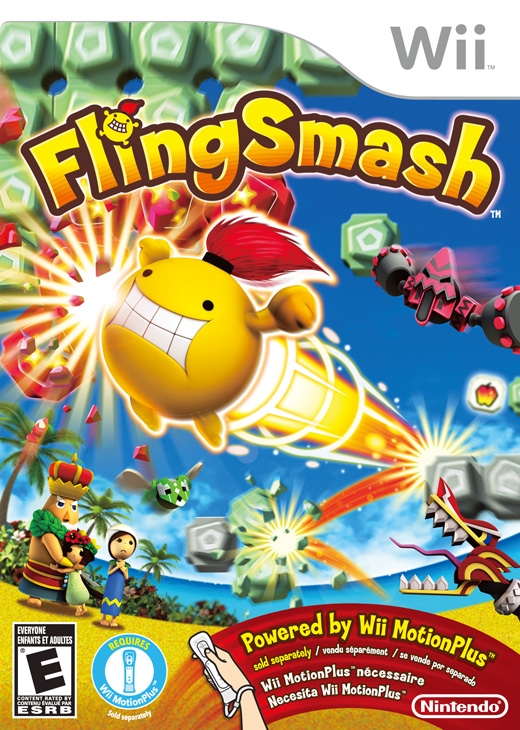 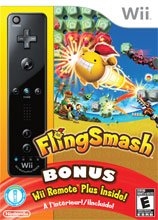 America - Back
w/ Wii Remote Plus 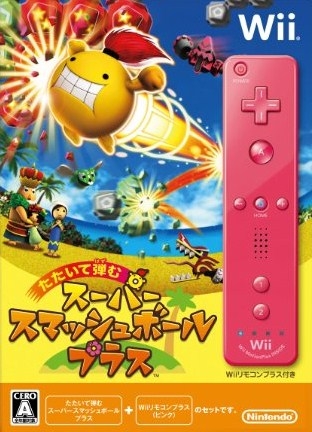 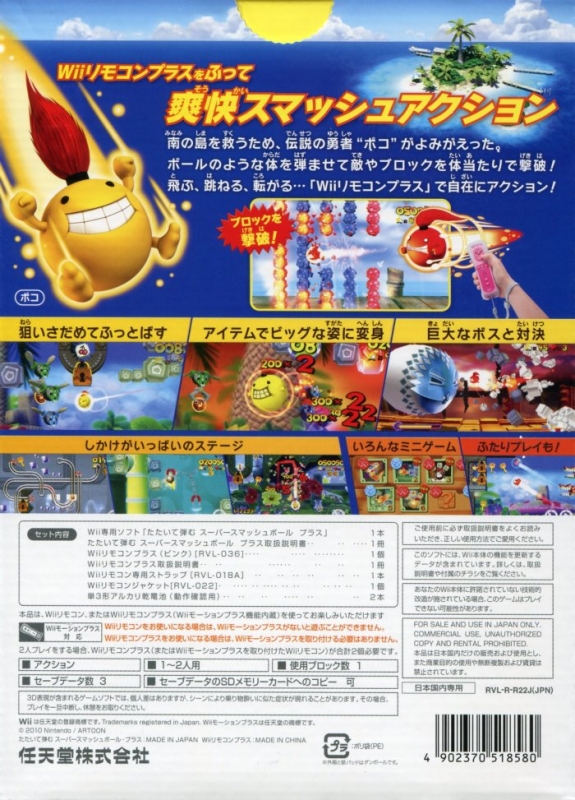 Japan - Back
w/ Wii Remote Plus

Span Smasher combines the hands-on fun of tennis with the nonstop action and instant
gratification of pinball. Smasher (name not final) is a floating ball with a lot of personality.
When his island paradise is threatened, Smasher springs into action. He bounces around
and smashes into barriers, aided by the motions of players and their Wii Remote
controllers. Players use just one hand to swat him toward the objects they want him to
smash, and he does the rest.