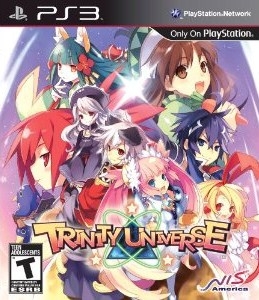 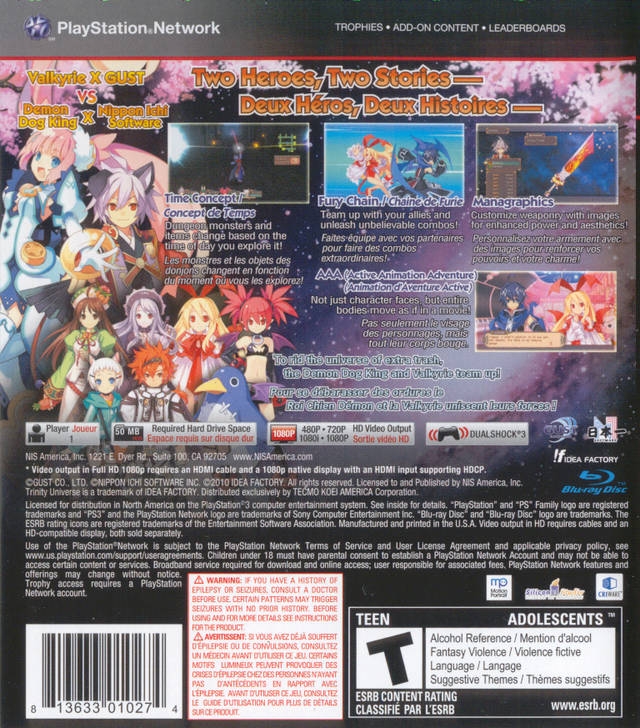 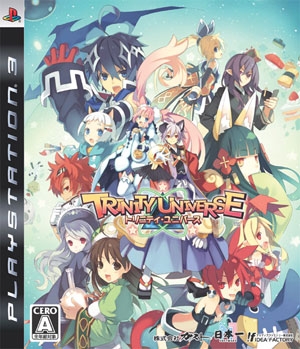 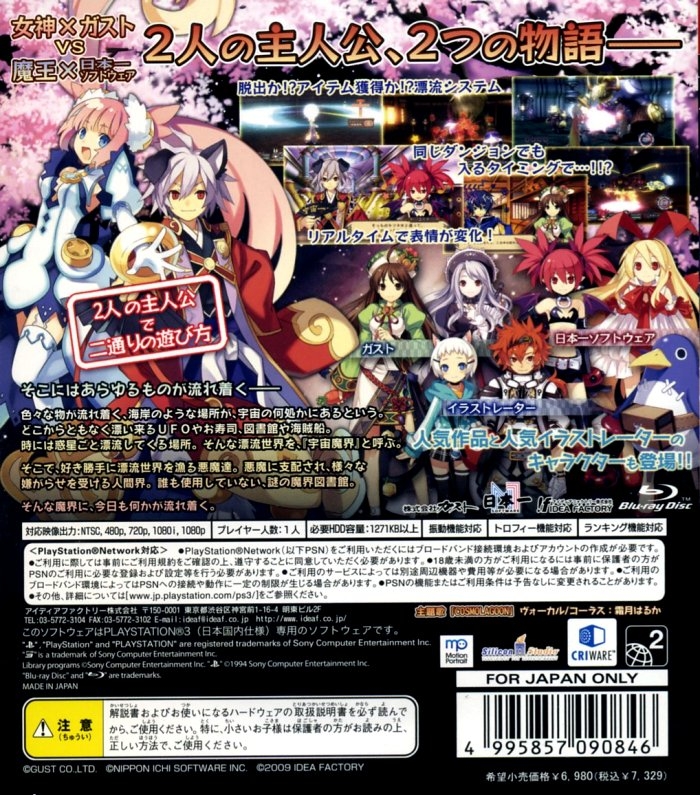 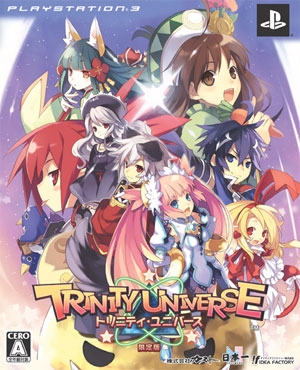 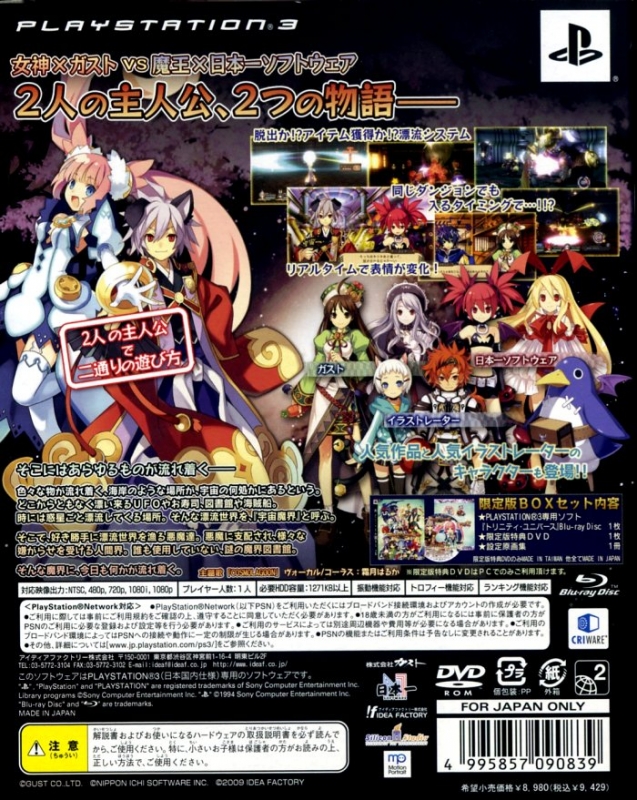 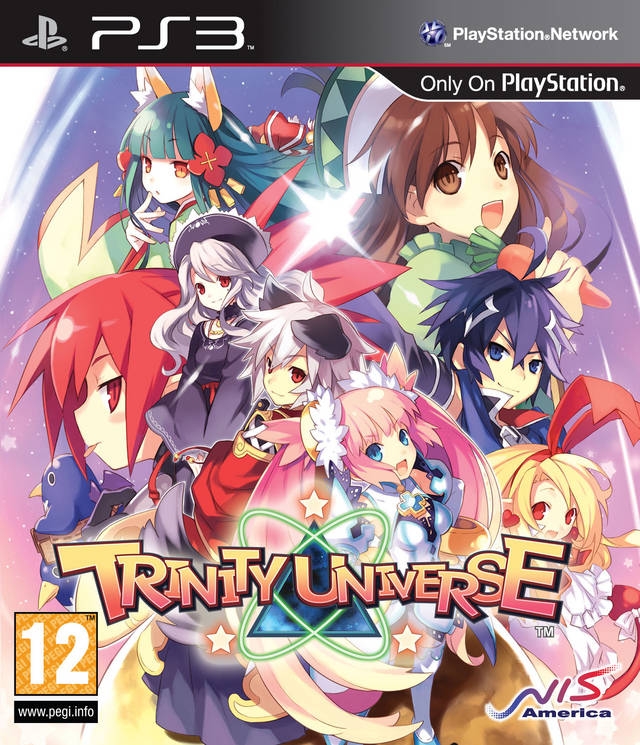 Combining the talents of the RPG masters at Nippon Ichi Software, Gust, and Idea Factory, Trinity Universe combines the characters of the Disgaea and Atelier series together in an original world setting. Players will take on the role of either a male main character or a female main character. Both of these characters have their own original story with many guest appearances. The game is played out in full 3D with anime style artwork. Trinity Universe Story (Kanata) For generations, Kanata’s ancestors have protected the Netheruniverse by transmogrifying into a Demon God Gem. However, Demon God King Kanata refused to become the gem and instead became a Demon Dog King. Since then, he has enjoyed a carefree life in hiding, but he eventually began thinking about the toll of his decision. Accepting the title of Demon God King and becoming the gemstone will stop space debris from crashing into his world. If he could get to the source of the space debris and solve the problem, everybody will be happy. Determined, Kanata goes on a journey to save his world. Trinity Universe Story (Rizelea) Rizelea is a Valkyrie who keeps the galaxy’s peace and harmony. She has been keeping the peace for hundreds of years, but one day she decides to go to the run-down sections of the Netheruniverse to restore the peace there. When she arrives, she learns that the Netheruniverse is constantly in danger from space debris and decides to investigate this matter.