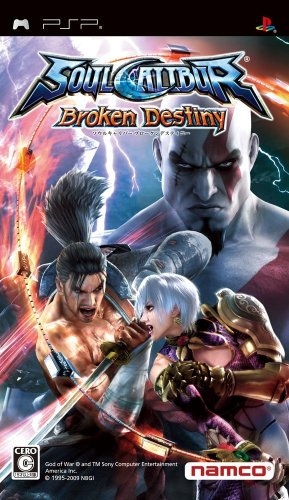 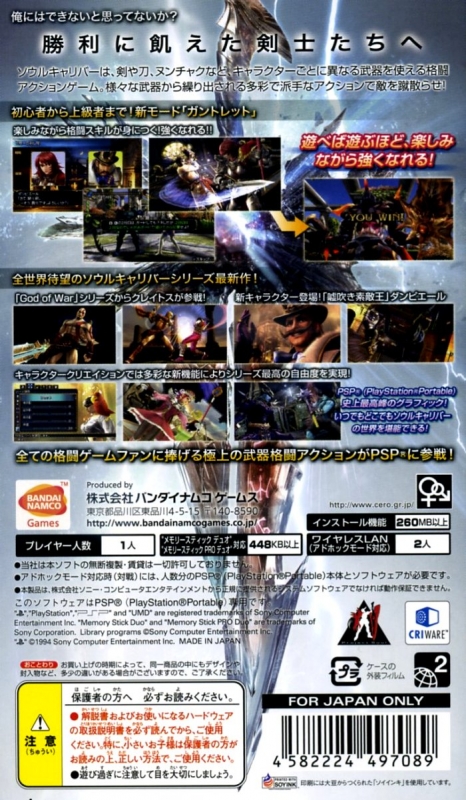 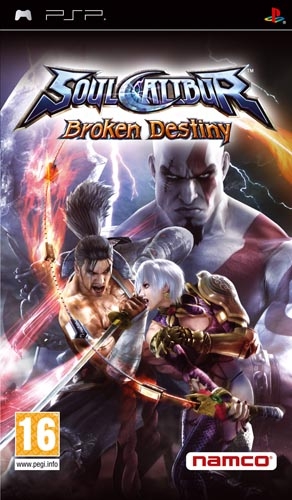 The eternal struggle of swords and souls continue on the PSP!

Soulcalibur: Broken Destiny brings the premier weapons-based one-on-one fighter on the PSP® system.  Blow away the competition using finely tuned and enhanced mechanics including Critical Finishes, Soul Crushes and Equipment Destruction. Adding depth to the combat, an all new single player mode has been developed that not only challenges a player’s reflexes but also improves their fighting skills. Robust and challenging single-player modes, head-to-head multiplayer and gorgeous visuals make this a must-have for any fighting game fan!

Face off against the competition – Challenge the computer AI or compete against your friends in the Vs. Mode through Ad-Hoc