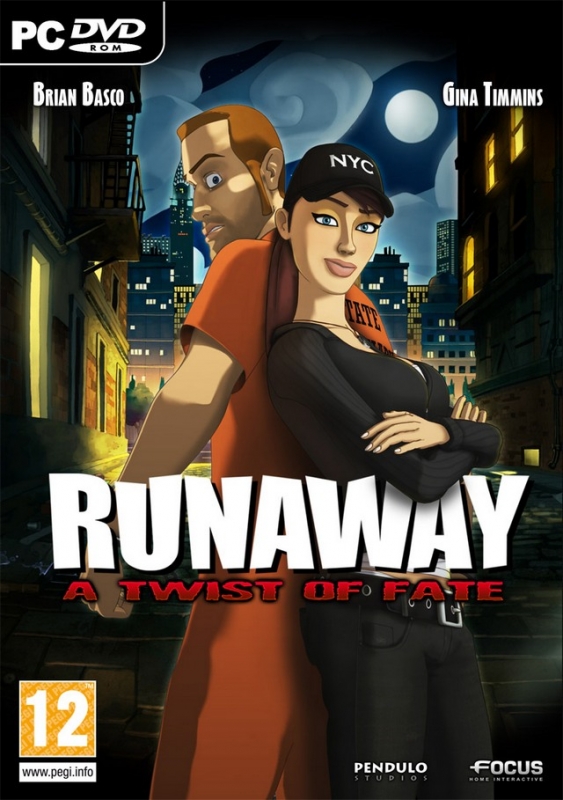 Runaway: A Twist of Fate (PC)

Runaway: A Twist of Fate, the third and last adventure of Brian and Gina, this episode will indeed close the saga. After a colorful second episode which took place in the islands of Hawaii, the creators of the game lead us into a more mature and urban universe for this last adventure with Brian and Gina. Following the story of the previous game, A Twist of Fate is also very much an independent adventure, allowing those that have never played a Runaway game before to fully enjoy this brand new experience.Also, for the very first time in the Runaway series, the game will allow you to control Brian as well as Gina who has an important part to play in the story.