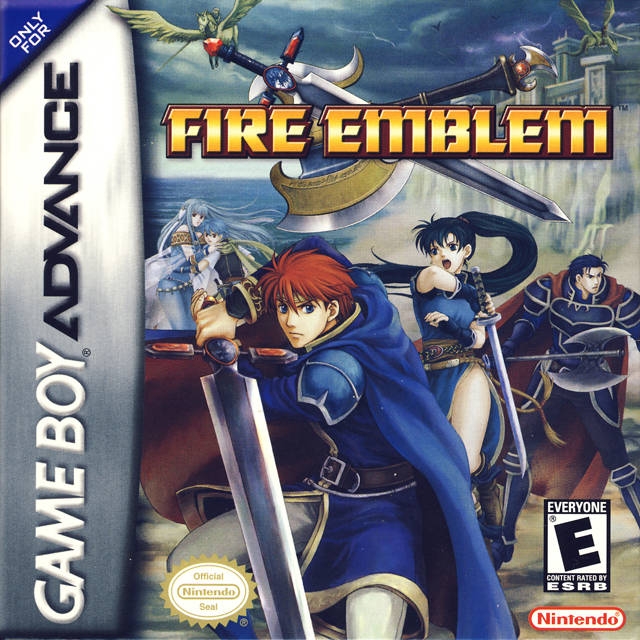 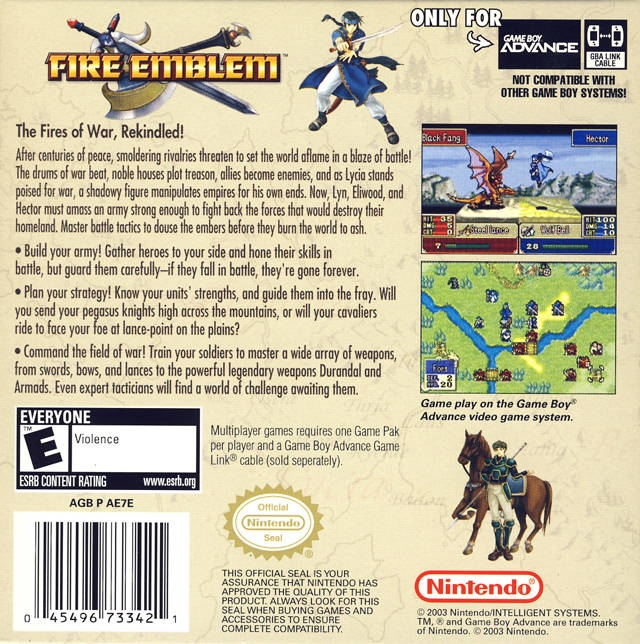 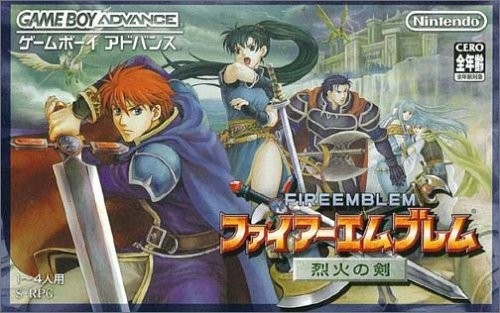 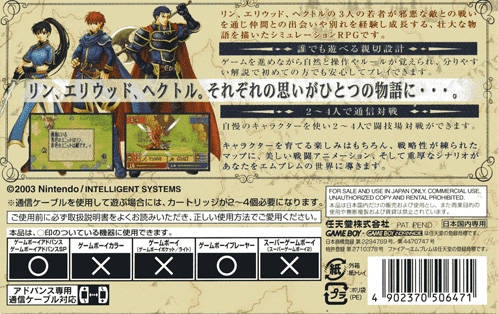 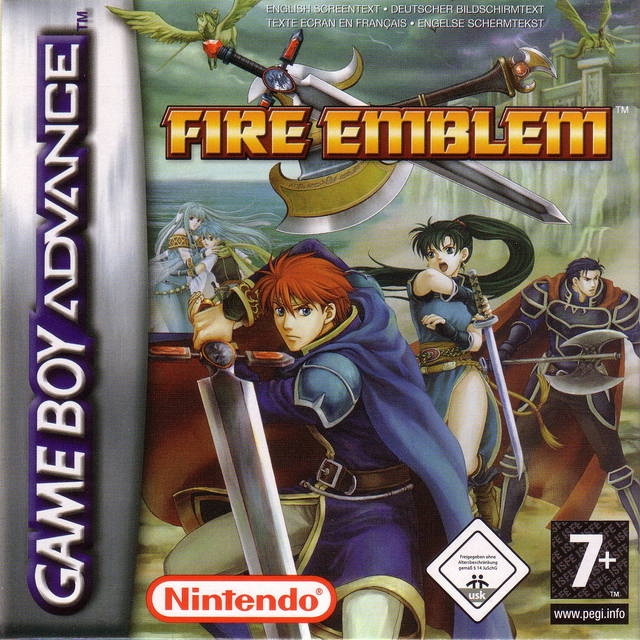 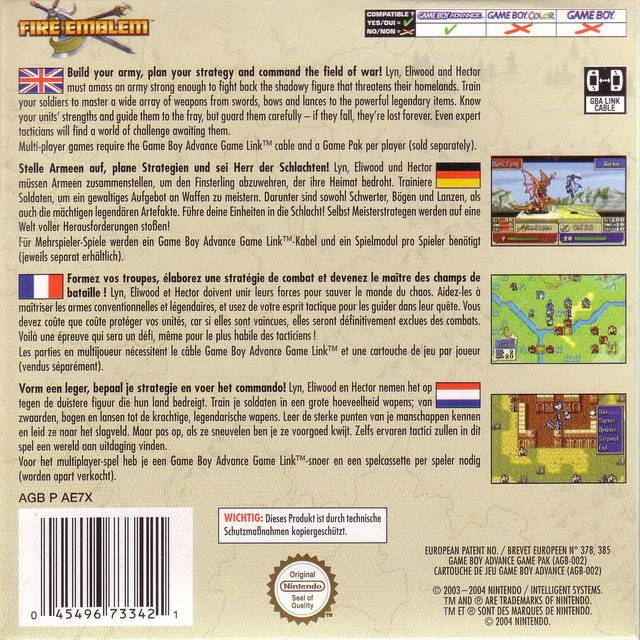 Fire Emblem: Blazing Sword (released as Fire Emblem in the US and Europe) is the first Fire Emblem game released outside of Japan. It is the seventh game in the series, and is the prequel to Fire Emblem: Sword of Seals.

Fire Emblem is a turn-based strategy RPG in a western medieval setting, where you use swords, axes, lances, bows, and magic  tomes to launch attacks. One distinctive feature of this series is that once a character dies, they are gone unless you restart a chapter, or start a new play-through.

This game is split into 2 parts. The first is Lyn's story, where you follow Lyn, a Sacaen sword-fighter, as she travels through the land trying to save her grandfather. This part acts as a tutorial for the game and introduces the player to all the game-play elements.

The second part has two stories you can choose from. The first is Eliwood's, the Marquess of Pherae's son, and the second is Hector's, Marquess Ostia's younger brother and good friend of Eliwood. Both stories follow the same overall story, in trying to stop Nergal, but take small sidepaths from one another along the way.