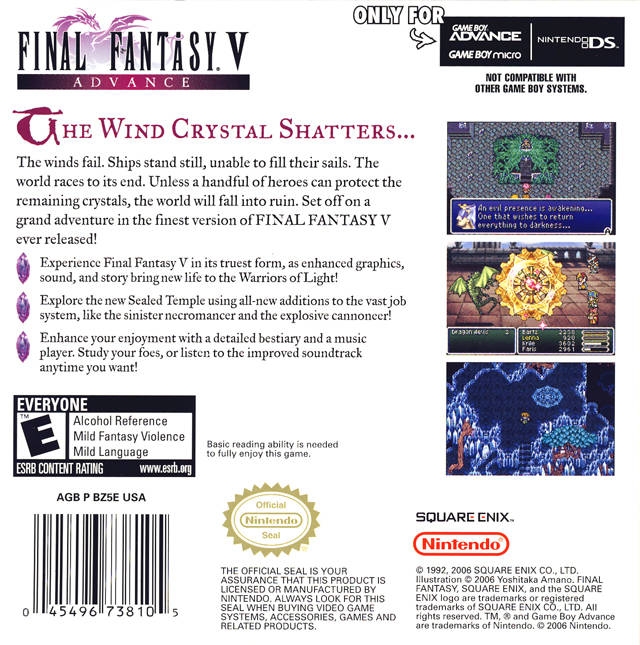 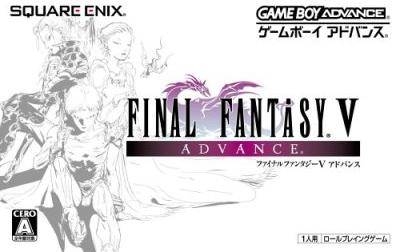 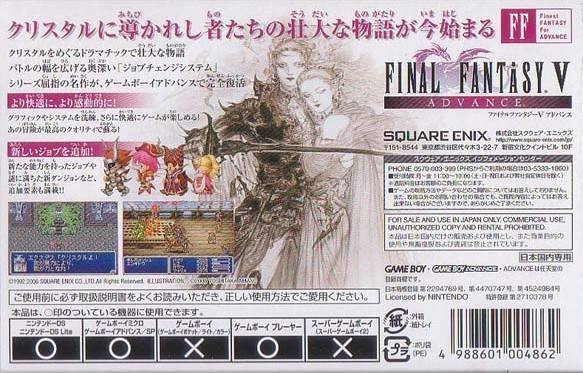 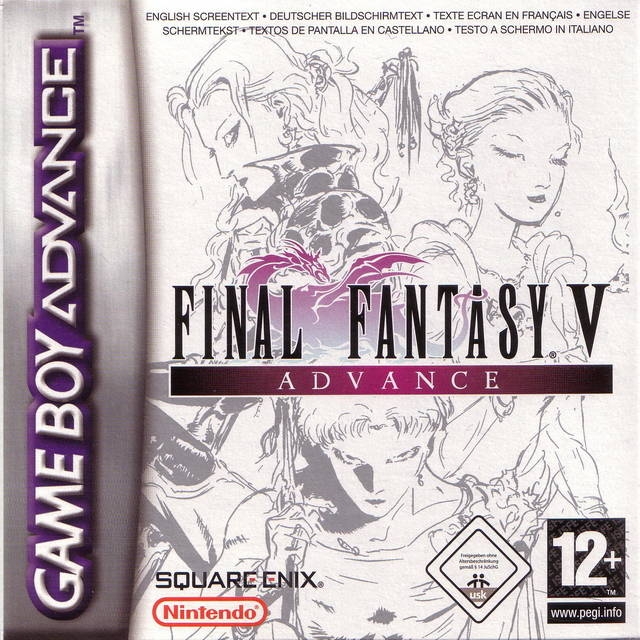 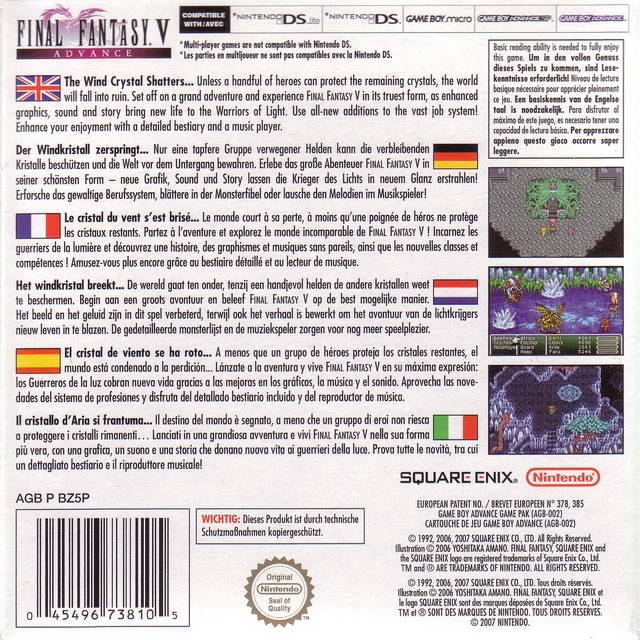 Originally released in 1992, FINAL FANTASY V quickly became the benchmark for success in the expanding franchise by combining a deep and nuanced back story with outstanding character development and an ingenious job system, features that later became key aspects of future installments in the series. Now, with the major release of this super-enhanced, Game Boy Advance-exclusive title, Western gamers have a chance to experience one of the FINAL FANTASY series' crowning achievement like never before.