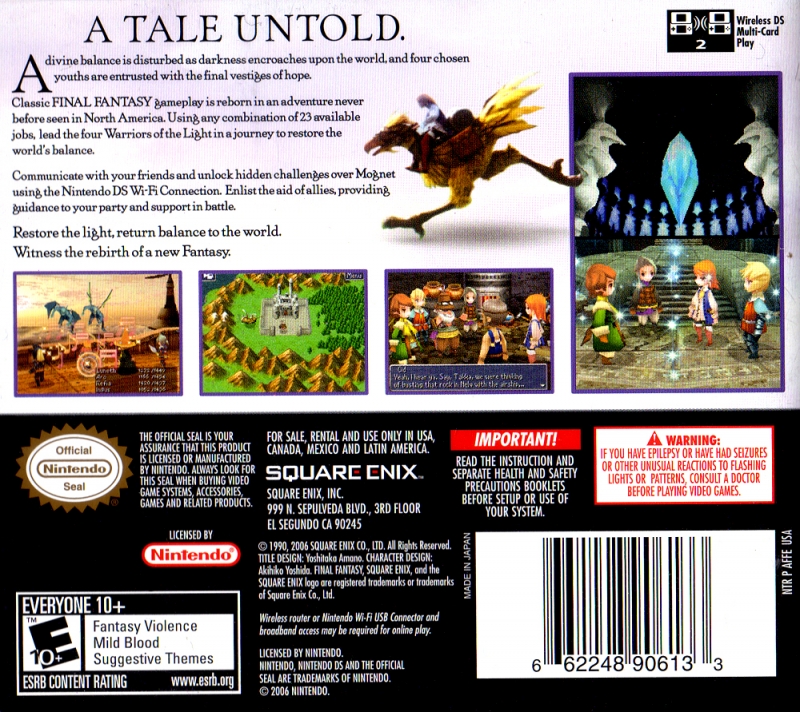 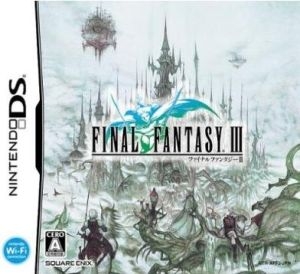 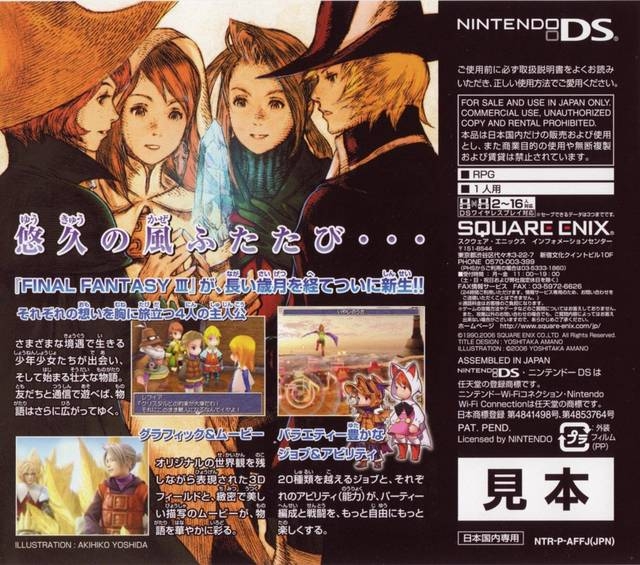 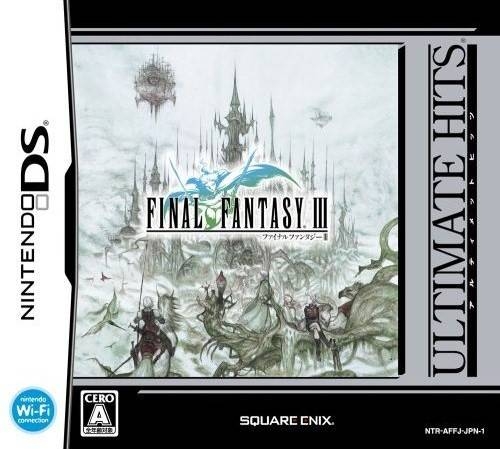 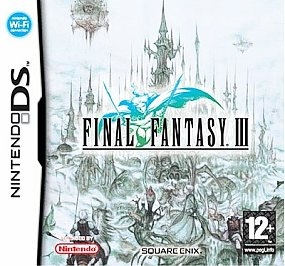 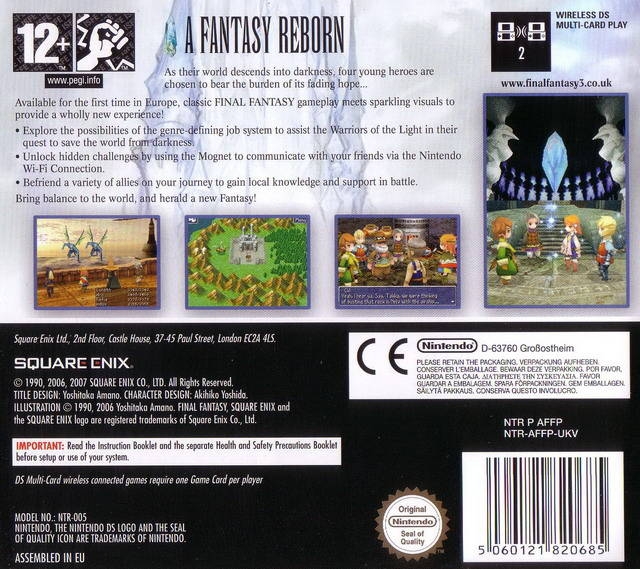 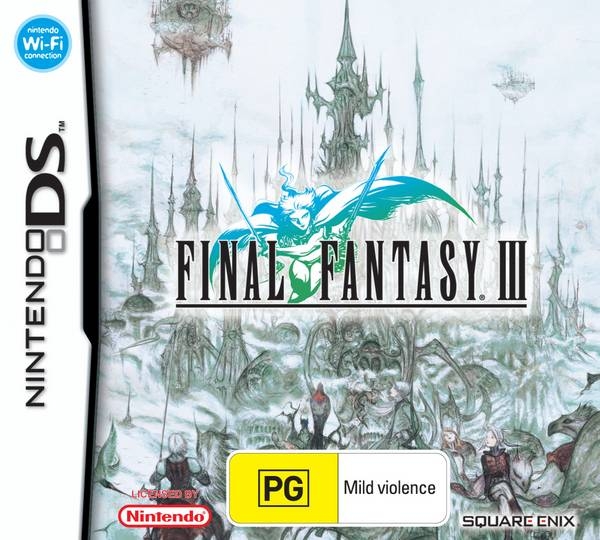 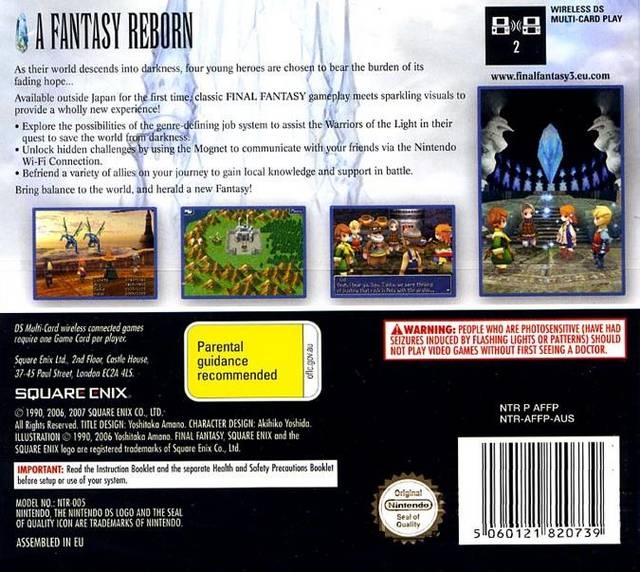 This IS your dad's final fantasy

Presentation - 8.5
Gameplay - 7.5
Value - 8.0
Ultimately what this boils down to is a simple but challenging rpg that does not come close to doing anything great, but does alot of stuff pretty good. A must buy for Final Fantasy fans only.

First off, the graphics for this little game are cute and colorfull, and its fun to see little characters with graphical similatrities to the playstation era of Final Fantasy. Ill be sursprised if anyone is disappointed with its graphics as it is easily rankes in the top 10 for the DS, which considering how many games for the system there are, is pretty good.

Another good thing is that all the locations and jobs are exactly like in the original game for the famicom (with the exception of a few very minor changes) meaning you can be sure your are not being cut any slack compared to the original, as it is a tough game. and after completeing some particularly challenging bosses you will have a great sence of reward.

However, there is just one serious flaw within the game that greatly detracts from the experience. The problem is that all jobs can dual wield, meaning your lvl 20 White Mage can do almost as much damage as your lvl 22 Dark Knight, and in some cases even MORE. while this doesnt matter too much against bosses, it makes the random encounters lose much of their stragety. ultimately im glad they did not fix this though as that is the way the original sopposedly is.

another potential problem is its simplicity, its not old school, it is just old, and this definatly makes it a not-for-everyone kind of game.

Regardless, the amount of polish and its simple but fun gameplay make it an enjoyable game nonetheless. A must buy for Final Fantasy die-hards, and an  interesting buy for regular Final Fantasy fans and rpg fans in general.