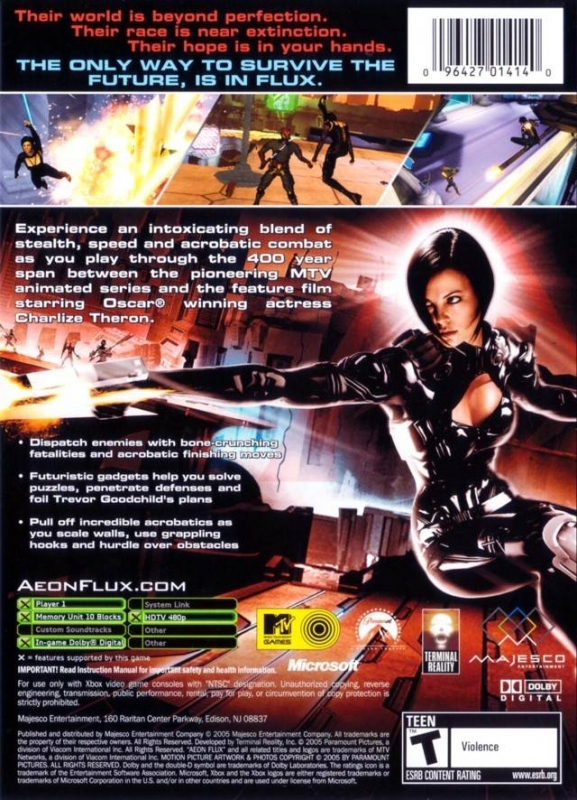 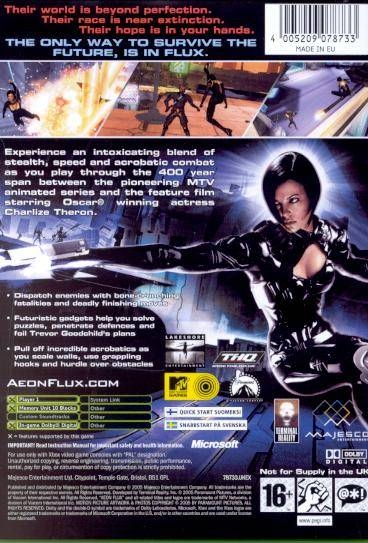 In this futuristic sci-fi thriller set 400 years in the future, Charlize Theron stars as Aeon Flux, the top underground operative at war with the totalitarian regime governing what appears to be a perfect society. But is this perfect life hiding a perfect lie? Aeon is on the front lines of a rebellion that will reveal a world of secrets. A startling vision of a future in flux from Karyn Kusama, director of the acclaimed "Girlfight," "Aeon Flux" is written by Philip Hay & Matt Manfredi, based on the pioneering MTV animated series created by Peter Chung.