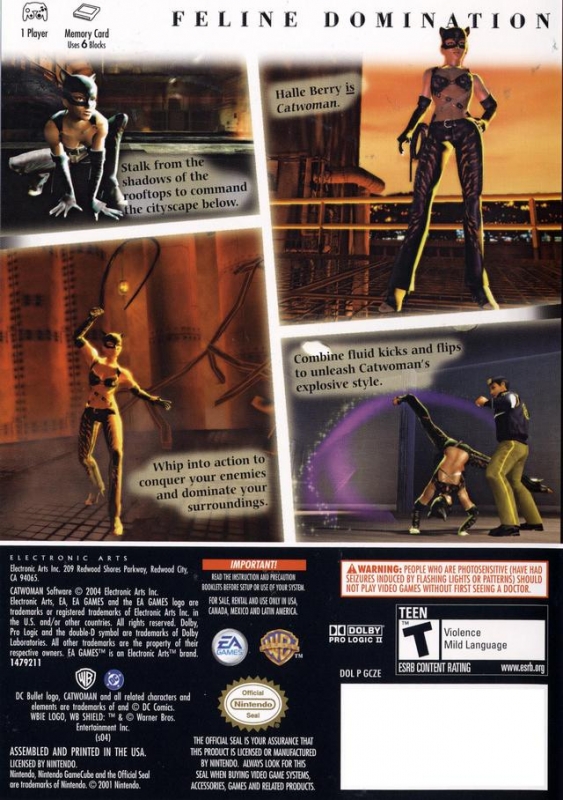 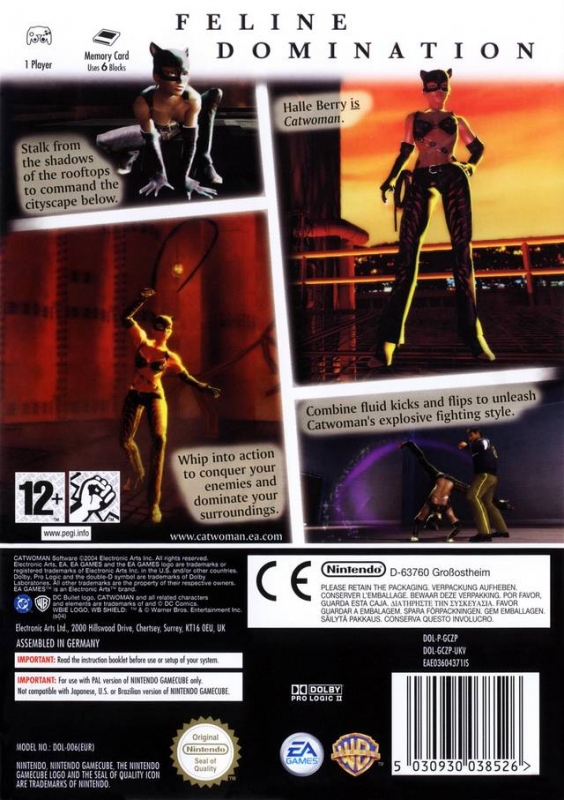 A classic story of betrayal and revenge unravels in Catwoman™, based on the Warner Bros. Pictures feature film of the same name.

You control Halle Berry as Catwoman as you play the movie, utilizing her unique cat-like skills, senses and cunning to defeat her enemies.

Catwoman is based upon the DC Comics character. The film and game follow the story of Patience Phillips, who is killed after she uncovers a dark secret held by her employers.

Brought back to life by a rare Egyptian cat, she becomes Catwoman and sets out to discover the truth about herself and her murderer.

Boasting incredible acrobatic skills, Catwoman can leap across roofs, run up walls, pounce on prey, utilize unique "cat senses," and avoid enemy bullets with feline grace. In addition, she can use her whip to swing through the air and utilize the fully interactive enviroments to trap or knock her foes unconcious.

The game will take players through numerous levels set in seven different locations from the movie, including the jewelery store, the Hedare Factory, and Hedare's mansion and grounds.

Gamers will encounter all the key characters from the movie, including three challenging bosses: Armando, Hedare's head henchman; Wesley, the evil and twisted Hedare accountant; and Laurel Hedare, the beautiful face behind the evil empire.