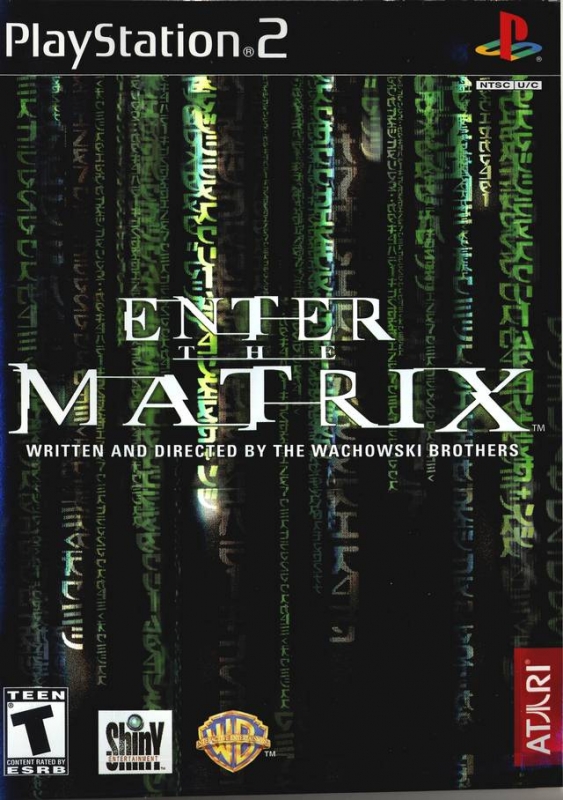 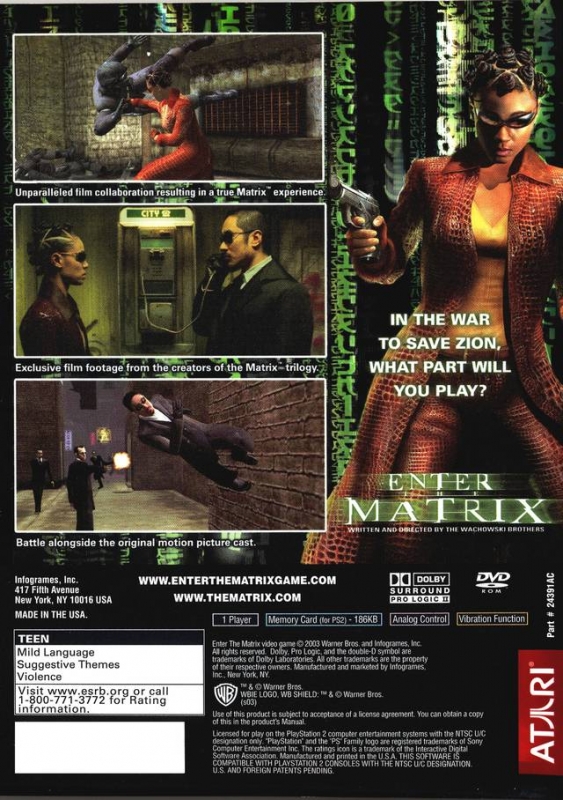 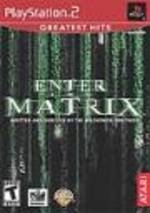 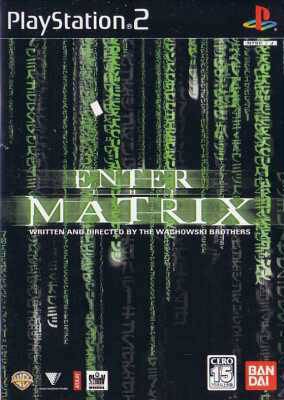 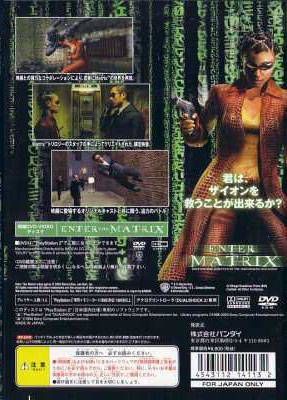 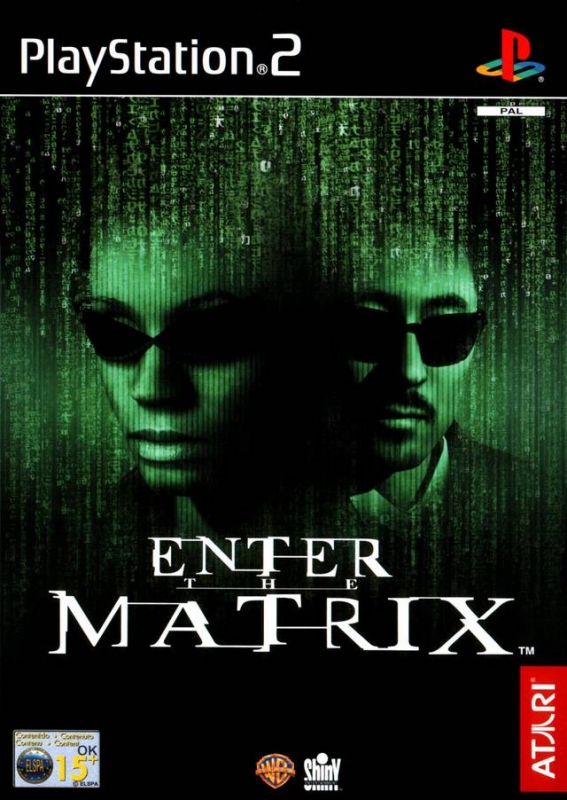 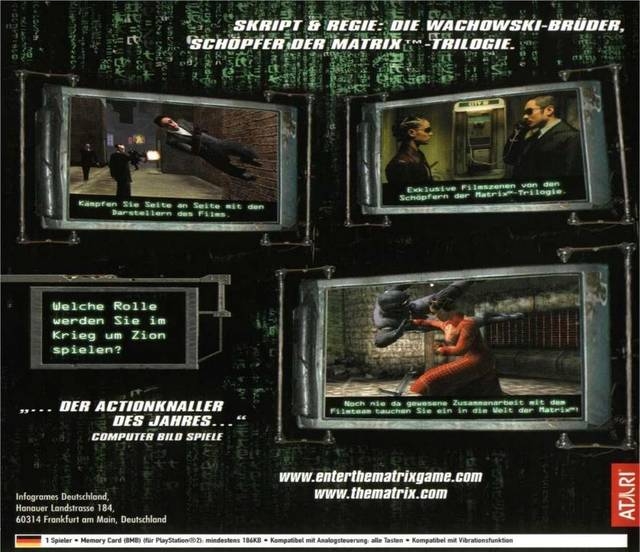 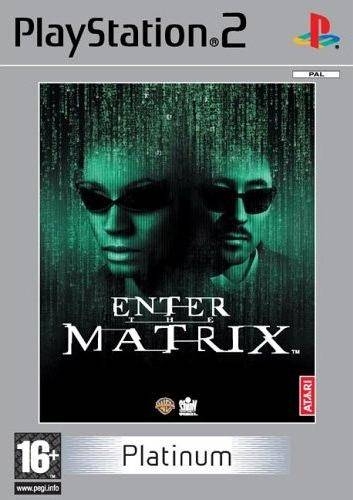 Enter the Matrix is a revolution in interactive entertainment – a third-person action game that effectively blurs the line between Hollywood blockbuster films and next generation video games. The game is produced, directed and features a script written by the Wachowski brothers, writers/directors of The Matrix film trilogy, creating the most intensive collaboration between a video game publisher and a movie studio to date.

• The story-within-the-story – by playing the game, Matrix fans will understand more of the The Matrix Reloaded story

• The same “Bullet Time” special effect from the films will allow gamers to defy gravity and logic to perform moves, like running on walls, that could only be achieved within the Matrix

• Unique flying element will allow players to pilot the Logos, the fastest hovercraft in the Zion fleet, through the bowels of the Real World

• Hours of additional Matrix film footage and cineractives shot exclusively for the game, starring the cast of The Matrix Reloaded, that tells the story as only a AAA film title can.