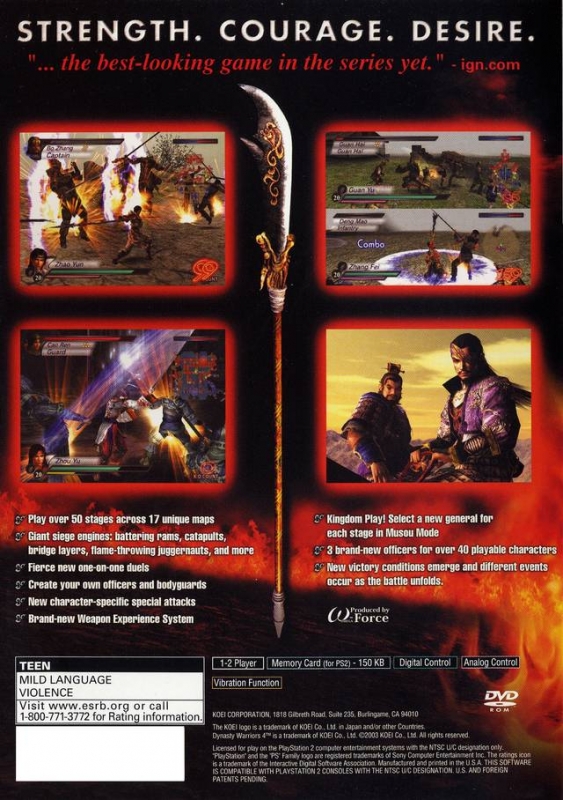 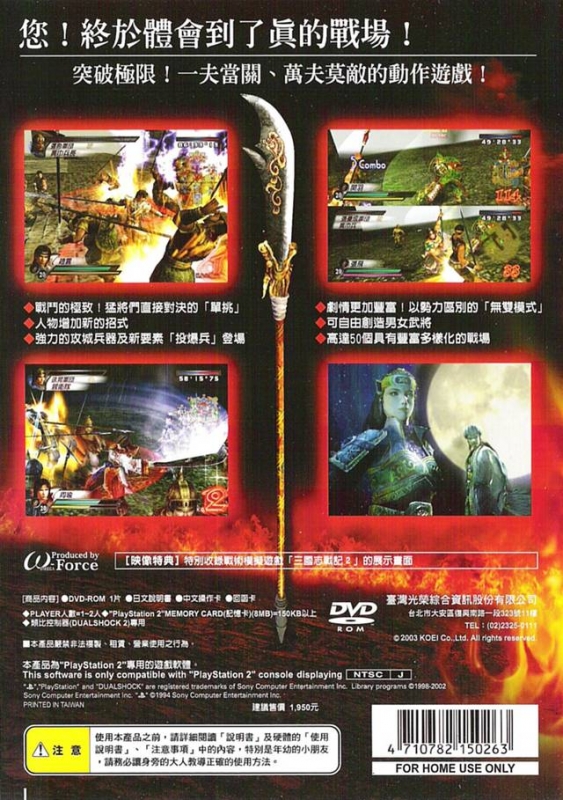 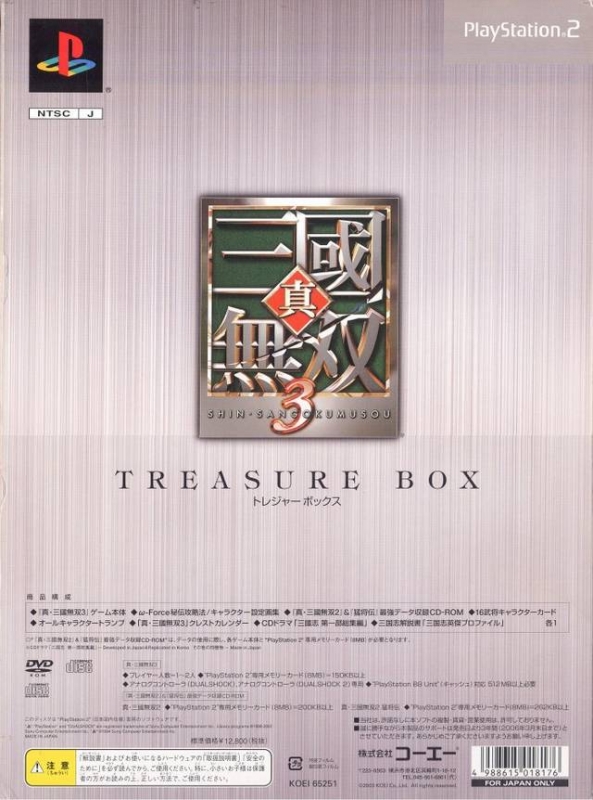 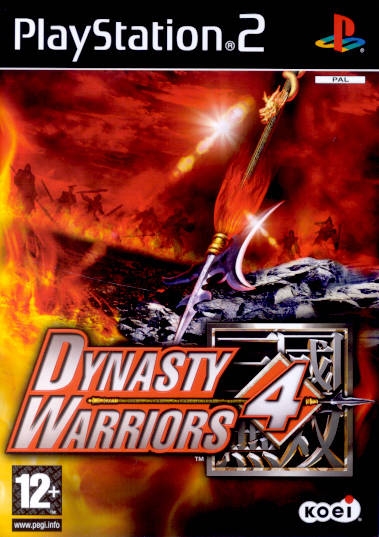 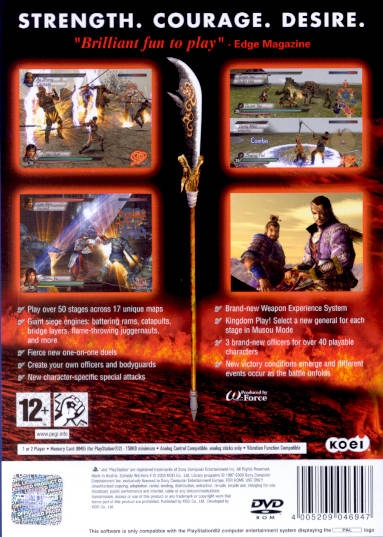 Ancient grudge and new mutiny bring an end to the four hundred year reign of the Han dynasty. The once noble empire of China crumbles into three warring states. In this latest installment of the Dynasty Warriors saga, honor and loyalty in the face of adversity serve as game’s theme. You will need strength, courage and desire to fight against impossible odds. Dynasty Warriors™ 4 uses the most advanced melee-fighting engine ever to deliver the next evolution of tactical action.