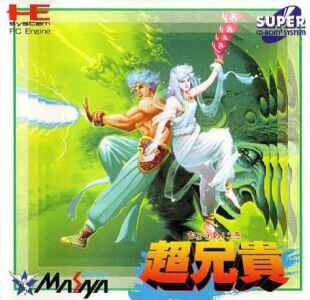 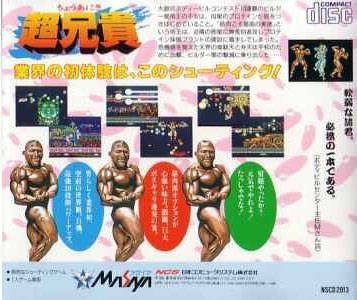 The odd world in this shooter made for quite the conversation piece in its day. Players control either Idaten or Benten, celestial warriors out to bring an end to the tyrannical rule of the emperor of Planet Builder, who holds muscular prowess to be the supreme virtue of the universe. Aided by able-bodied muscle-head options Adon and Samson, they must battle to defeat the emperor's army across five stages. Use the buttons to fire away and lay into the Builder forces! Power up your character and options with protein from defeated enemies to have them "bulk up" with a yell, and take their macho battle to the next level!