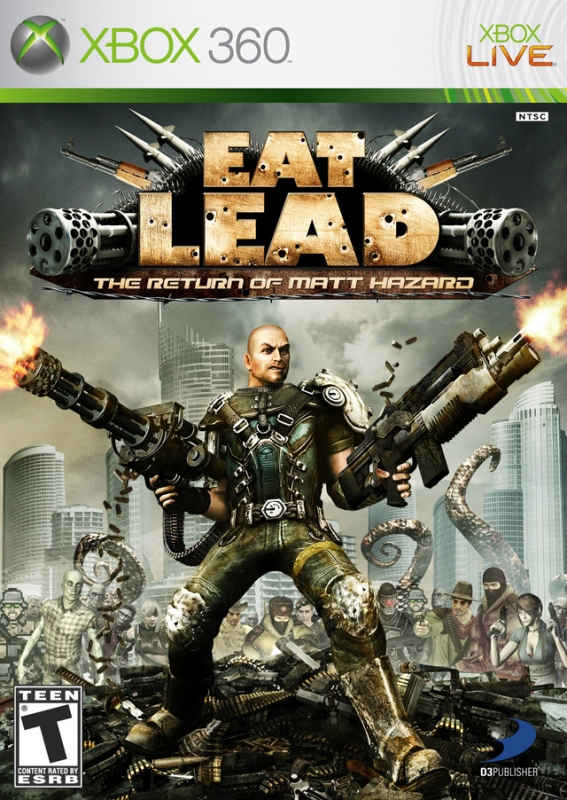 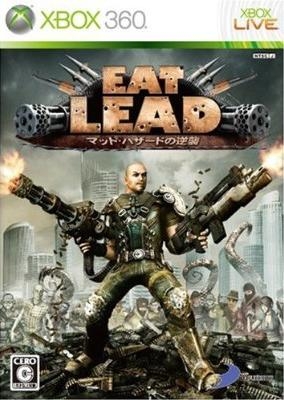 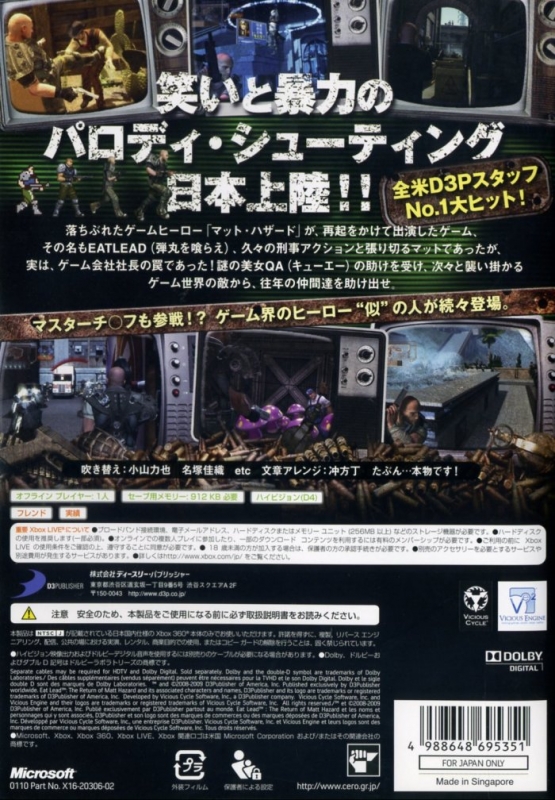 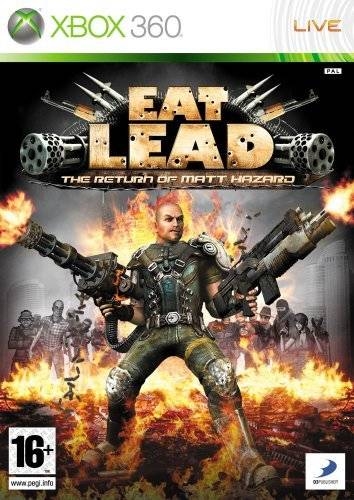 "It's Hazard Time!" The classic 80's videogame star, Matt Hazard, is back in Eat Lead: The Return of Matt HazardTM.   Eat Lead sees Matt Hazard, voiced by Will Arnett ("30 Rock" and "Arrested Development"), get his chance to prove once and for all that he is the king of shooters when Wallace "Wally" Wellesley, new owner of mega game publisher Marathon Megasoft, voiced by Neil Patrick Harris ("How I Met Your Mother" and "Dr. Horrible's Sing-Along Blog"), gives Matt his comeback role starring in a new title for Xbox 360 and PS3.

In the world of Eat Lead, however, everything stops being a game and becomes reality when it is clear that Wally is using the new game to bring about Matt's death once and for all.  With only the mysterious "QA" to help him, Matt must fight against zombies, cowboys, space marines and more to keep his game from being over.

With an original storyline by 2008 Writers Guild of America Videogame Writing Award winner, Dave Ellis, Eat Lead's unique blend of comedy and action will provide gamers with a shooter experience like no other with hardcore gunfights intersperced with wickedly smart humour.