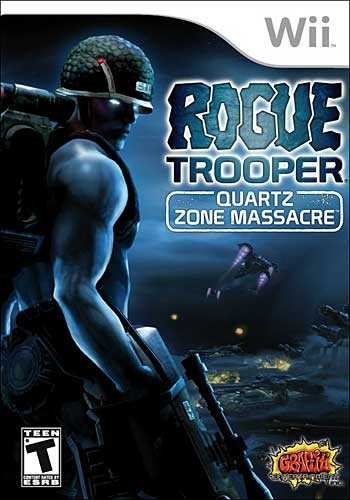 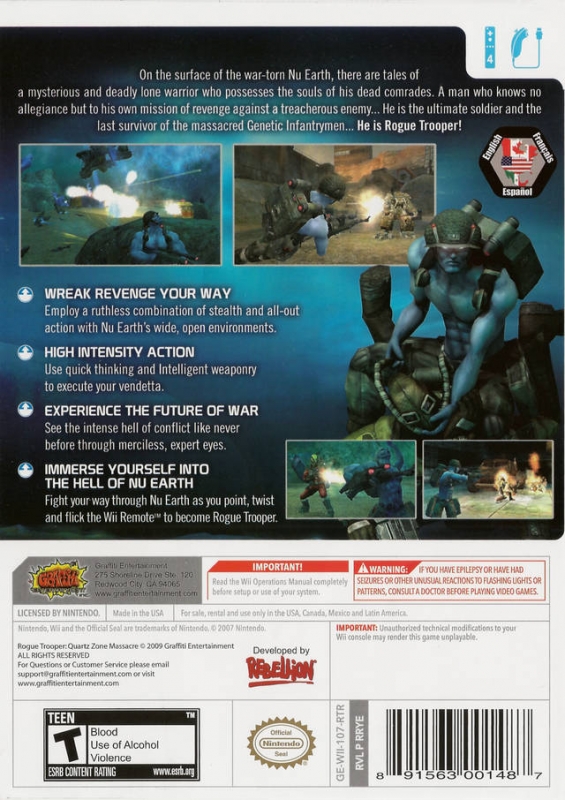 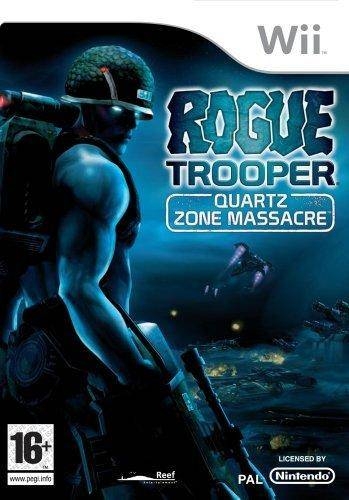 Rogue is a Souther G.I.; a genetically engineered super-soldier, designed to fight against the Nort Republic on the poisoned planet of Nu Earth. Each G.I has a ‘biochip’ implanted, which continually records their persona and training so that upon death they can be returned to base and recloned. Rogue’s closest buddies, Helm, Gunnar and Bagman die in their first action, betrayed by a Souther General, during what became known as the Quartz Zone Massacre. Their biochips were installed into Rogue’s Helmet, Rifle and Backpack. They now have control over their respective equipment, providing Rogue with a four-man combat team against the Norts. With Rogue, now the sole survivor of the massacre, his overall objective is simple – find and kill the Traitor General who betrayed the G.I’s!

The game fully utilizes the Wiimote interface to provide an immersive gameplay experience with features such as a ‘Twist’ zoom sniper mode. A variety of powerful weapons can be used as well as additional firepower provided by Rogue’s equipment. Gunnar provides weapon modification, Bagman can deploy mines to provide cover, and Helm can create a controllable holographic projection of Rogue to confuse enemies in case of an ambush.

The game combines aspects of stealth, cover, and run-n-gun gameplay into 13 action packed single player environments. There is also a fully featured multiplayer mode allowing up to 4 players to compete in a split-screen co-op play. Missions extend up to four kilometres and are designed to allow the player to explore their environment, scope out the enemy and find the best path for their style of attack.